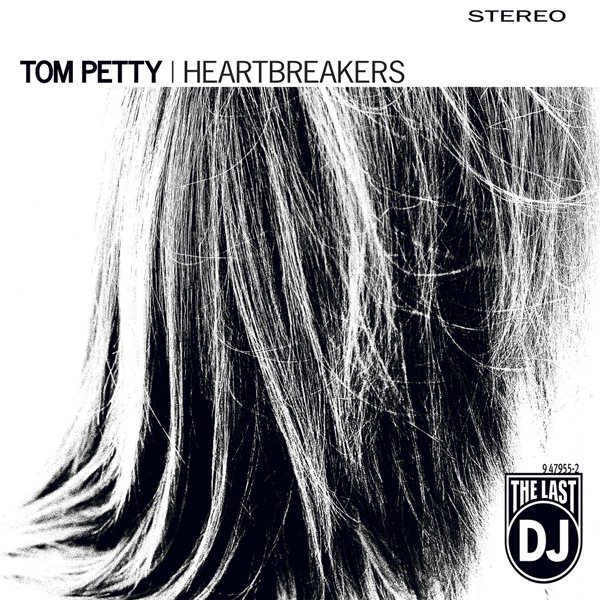 The Last DJ is the eleventh studio album by Tom Petty and the Heartbreakers. The tracks “The Last DJ”, “Money Becomes King”, “Joe”, and “Can’t Stop the Sun” are attacks on the greediness of the music industry. Although he first claimed that the album and title track were both works of fiction, Petty later admitted that both were inspired by Los Angeles DJ Jim Ladd, although he had already claimed this on Ladd’s radio show, prior to the album’s release.

A “limited edition” digipack version of the album was also released, including a DVD of music videos and other footage shot during the album’s production. The album reached #9 on the Billboard 200 aided by the single “The Last DJ” which hit #22 on Billboard’s Mainstream Rock Tracks in 2002. As of 2010, The Last DJ has sold 353,000 copies in the U.S. according to Nielsen SoundScan.

In an episode of The Simpsons titled “How I Spent My Strummer Vacation”, Homer receives song-writing lessons from Tom Petty, and in the original airing the track “The Last DJ” can be heard playing over the radio in the final scene. The song was changed for syndication. The song “Dreamville” is played at the end of the DVD that was released to commemorate the 2002 Anaheim Angels’ World Series win. The album also marks the return of original Heartbreaker Ron Blair on bass, replacing his own replacement, the ailing Howie Epstein. His return was late in the recording process however, and Petty and Campbell contribute most of the bass work themselves.

Tom Petty has always battled corporations and the music industry — fighting for lower retail prices for Hard Promises, complaining about videos, and always fighting for old-school, artist-first ’60s rock aesthetics. There’s a lot to admire about this stance, especially since he’s essentially right about corporations having too much of a stranglehold on pop music, but it doesn’t provide a solid foundation for an album, as the stultifying The Last DJ illustrates. Not every song on the record is about the death of rock & roll and the evils that corporations do, but it sure feels that way, since it begins with the one-two punch of “The Last DJ” and “Money Becomes King.” The former is a bitter lament for the loss of free thought in pop culture, using the DJ as a truth-telling seer; the latter is a rewrite of “Into the Great Wide Open,” all about a favorite artist who sells out. Both are didactic with their tortured metaphors and stretched narratives, but they seem subtle compared to the fourth song, “Joe,” a heavy-handed tirade about a record company CEO that is unbearable in its awful, vulgar lyrics and is rendered unlistenable by Petty’s hammy vocals; it is easily the worst song he’s ever written. These front-loaded tracks obscure the lovely “Dreamville,” the best song here, and effectively offer an early deathblow to an album that alternately finds Petty muddling through ballads and stumbling through rockers. Though his songcraft serves him well on occasion, it’s only on occasion — the aforementioned “Dreamville,” “You and Me,” “Have Love Will Travel” — and the record’s spare, black-and-white production doesn’t add color to compositions that need it. Throughout The Last DJ, Petty sounds utterly lost — and instead of liberating him like it did in the past, it paralyzes him, boxing him into a corner where he can’t draw on his strengths. It’s the first true flop in a career that, until now, had none. –Stephen Thomas Erlewine