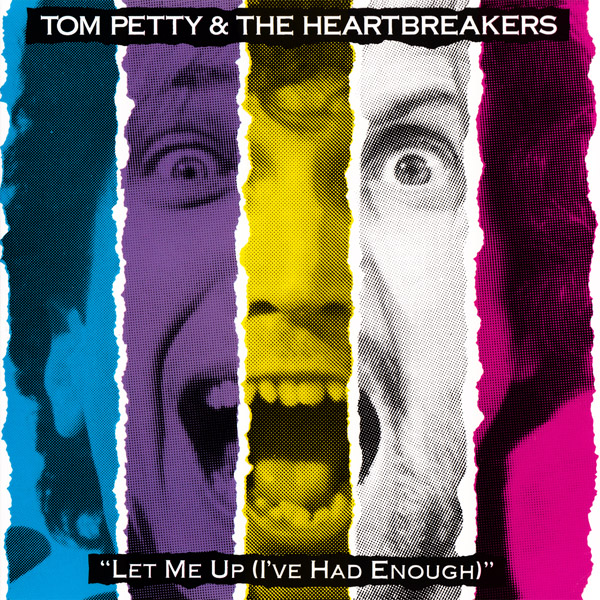 Let Me Up (I’ve Had Enough) (styled on the cover as “Let Me Up (I’ve Had Enough)” with quotation marks) is the seventh studio album by the American band Tom Petty and the Heartbreakers, released in 1987. This album features more songwriting collaborations between Petty and Mike Campbell than any other Petty album. It is also notable for being the only previous studio album not represented on Petty’s 1993 Greatest Hits album, even though the single “Jammin’ Me” (co-written with fellow Traveling Wilbury Bob Dylan) was #1 on the Mainstream Rock Tracks for four weeks. “Jammin’ Me” was later included in the album Anthology: Through the Years, which the RIAA has declared gold. In addition, Let Me Up (I’ve Had Enough) was made to sound like a live recording, using a technique they borrowed from Dylan.

Tom Petty & the Heartbreakers spent much of 1986 on the road as Bob Dylan’s backing band. Dylan’s presence proved to be a huge influence on the Heartbreakers, turning them away from the well-intentioned but slick pretensions of Southern Accents and toward a loose, charmingly ramshackle roots rock that harked back to their roots yet exhibited the professional eclecticism they developed during the mid-’80s. All of this was on full display on Let Me Up (I’ve Had Enough), their simplest and best album since Hard Promises. Not to say that Let Me Up is a perfect album — far from it, actually. Filled with loose ends, song fragments, and unvarnished productions, it’s a defiantly messy album, and it’s all the better for it, especially arriving on the heels of the well-groomed Accents. Apart from the (slightly dated) rant “Jammin’ Me’” (co-written by Dylan, but you can’t tell), there aren’t any standouts on the record, but there’s no filler either — it’s just simply a good collection of ballads (“Runaway Trains”), country-rockers (“The Damage You’ve Done”), pop/rock (“All Mixed Up,” “Think About Me”), and hard rockers (“Let Me Up [I’ve Had Enough]”). While that might not be enough to qualify Let Me Up as one of Petty & the Heartbreakers’ masterpieces, it is enough to qualify it as the most underrated record in their catalog. –Stephen Thomas Erlewine