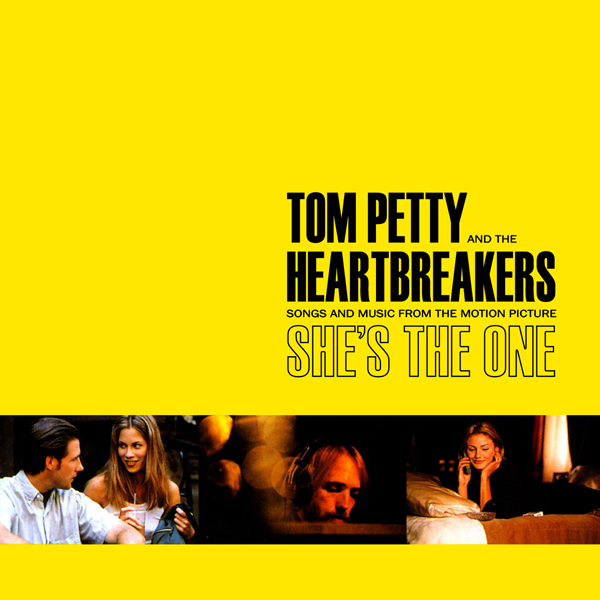 Songs and Music From the Motion Picture “She’s the One” is the ninth studio album by American rock band Tom Petty and the Heartbreakers, first released in August 1996. The album served as the soundtrack for the 1996 film She’s the One, written and directed by Edward Burns.

This album was not mentioned on the four-hour Petty documentary Runnin’ Down a Dream, though Tom could be seen doing a studio session of the song “Angel Dream (No. 4)”.

Nominally a soundtrack to Ed Burns’ film She’s the One, Tom Petty’s Songs and Music from “She’s the One” plays like an entity of its own, standing up quite well without the movie itself. She’s the One is one of Petty’s most relaxed efforts — several of the songs feel like they were written and performed quickly, almost as if they were throwaways, but that ramshackle feeling actually works in the album’s favor. With its loose ends, repeated songs, covers, brief instrumental bridges, and direct production, She’s the One is a ragged listen, but it’s a comfortable, engaging, and surprisingly eclectic one. Petty goes for a number of different moods, from the circular harmonies of “Walls (Circus)” (which features guest vocals from Lindsey Buckingham) and the hard-rocking “Zero from Outer Space” to the melancholy ruminations of “Grew Up Fast.” Along the way, he tosses in two excellent covers of contemporary songwriters — Lucinda Williams’ slyly sneering “Change the Locks” and Beck’s stark, sad “Asshole” — which are performed with affection and vigor. In fact, that vigor is what makes She’s the One so charming — Petty sounds like he’s having a good time throughout the album. It’s not a major statement in his catalog, but it’s all the more entertaining because of its simple, direct approach. –Stephen Thomas Erlewine