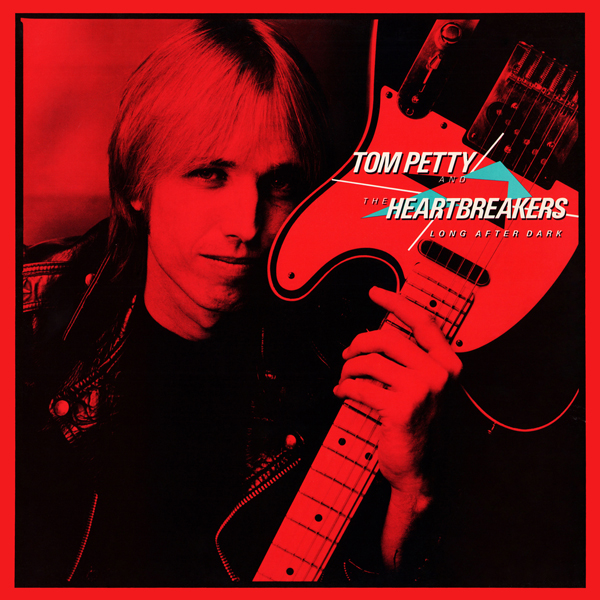 The Heartbreakers’ fifth album was also the first to feature Howie Epstein on bass. This album was produced by Tom Petty and Jimmy Iovine and was recorded at four different studios: Record Plant in Hollywood, CA, Wally Heider’s in Hollywood, CA, Crystal in Hollywood, CA and Rumbo Studios in Canoga Park, CA. “You Got Lucky” and “Change of Heart” were released as singles.

Long After Dark is the fifth album by Tom Petty and the Heartbreakers, released in November 1982 on Backstreet Records. Notable for the major MTV hit “You Got Lucky”, the album was also the first to feature the late Howie Epstein on bass and harmony vocals. Epstein’s vocals are evident throughout the album, most notably on “Change of Heart”. From this point on Epstein’s vocals became an integral part of the Heartbreakers’ sound. In addition, it was the first Heartbreakers album to feature a real synthesizer on record.
There was a song recorded for this album called “Keeping Me Alive”, which Petty himself is very fond of but the producer, Jimmy Iovine, disliked. Petty has expressed that he feels the album would have turned out better if the song had been included on the album. “Keeping Me Alive” was eventually released on Petty’s 1995 box set compilation Playback.

Riding high on the back-to-back Top Five, platinum hits Damn the Torpedoes and Hard Promises, Tom Petty quickly returned to the studio to record the Heartbreakers’ fifth album, Long After Dark. Truth be told, there was about as long a gap between Dark and Promises as there was between Promises and Torpedoes, but there was a difference this time around — Petty & the Heartbreakers sounded tired. Even if there are a few new wave flourishes here and there, the band hasn’t really changed its style at all — it’s still Stonesy, Byrdsian heartland rock. As their first four albums illustrated, that isn’t a problem in itself, since they’ve found numerous variations within their signature sound, providing they have the right songs. Unfortunately, Petty had a dry spell on Long After Dark. With its swirling, minor key guitars, “You Got Lucky” is a classic and “Change of Heart” comes close to matching those peaks, but the remaining songs rarely rise above agreeable filler. Since the Heartbreakers are a very good band, it means the record sounds pretty good as it’s playing, but apart from those few highlights, nothing much is memorable once the album has finished. And coming on the heels of two excellent records, that’s quite a disappointment. –Stephen Thomas Erlewine