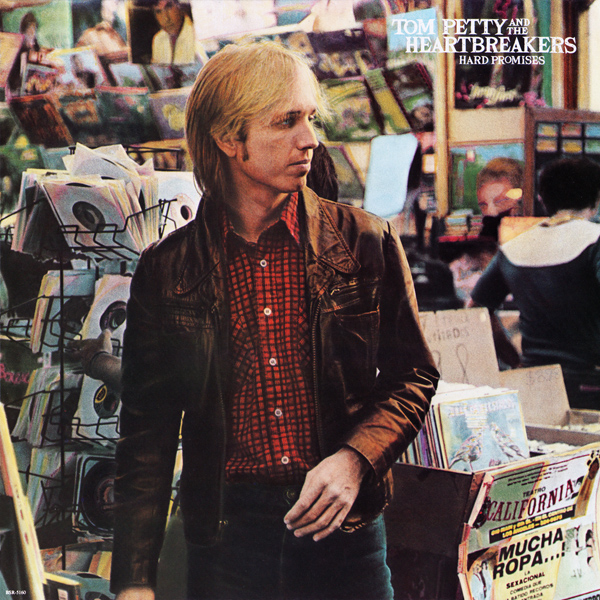 Hard Promises is the fourth album by the Heartbreakers was produced by Jimmy Iovine and Tom Petty and was recorded at Sound City in Van Nuys, CA and Cherokee Studios in Hollywood, CA. Both “The Waiting” and “A Woman In Love (It’s Not Me)” were released as singles.

Damn the Torpedoes wasn’t simply a culmination of Tom Petty’s art; it happened to be a huge success, enabling him to call the shots on its successor, Hard Promises. Infamously, he used his first album as a star to challenge the record industry’s practice of charging more for A-list artists, demanding that Hard Promises should be listed for less than most records by an artist of his stature, but if that was the only thing notable about the album, it would have disappeared like Long After Dark. Instead, it offered a reaffirmation that Damn the Torpedoes wasn’t a fluke. There’s not much new on the surface, since it continues the sound of its predecessor, but it’s filled with great songwriting, something that’s as difficult to achieve as a distinctive sound. The opener, “The Waiting,” became the best-known song on the record, but there’s no discounting “A Woman in Love (It’s Not Me),” “Nightwatchman,” “Kings Road,” “Insider,” and “The Criminal Kind,” album tracks that would become fan favorites. If Hard Promises doesn’t have the sweep of Damn the Torpedoes, that’s because its predecessor was blessed with good timing and an unusually strong set of songs. Hard Promises isn’t quite so epochal, yet it has a tremendous set of songs and a unified sound that makes it one of Petty’s finest records. —Stephen Thomas Erlewine