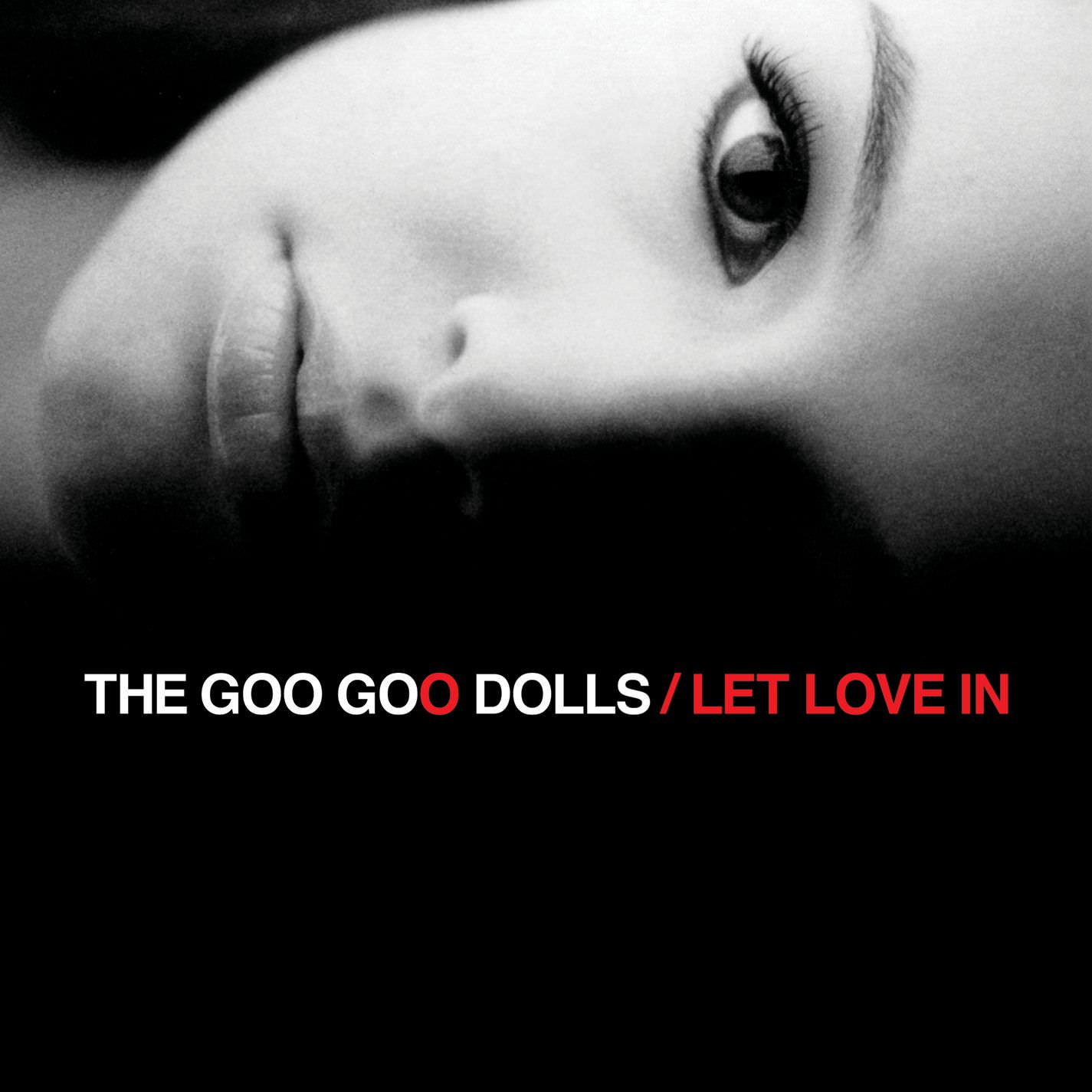 Actually, the title of the Goo Goo Dolls’ eighth album can be taken somewhat literally: Let Love In is a welcoming collection of songs that eschews some of the darker currents roiling under the surface of their previous effort, 2002’s Gutterflower. Not that Gutterflower sounded bleak – it was clean and glossy, so much so that it would be easy to listen to it once and assume that there wasn’t much there. Such assumptions also come to mind after the first listen for 2006’s Let Love In, but unlike its predecessor, there isn’t much to dig into here; what you hear upon that first listen is exactly what you get. And this is a record that has very little connection to the ramshackle rock band the Goo Goo Dolls were at the beginning of their career, and there’s also only a thin thread connecting this to even their commercial breakthrough of A Boy Named Goo in the alt-rock salad days of 1995. Thanks in no small part to their new producer, Glen Ballard – who made his name as the man behind Alanis Morissette’s Jagged Little Pill and then went on to sand down the rough edges of Aerosmith, Live, and the Dave Matthews Band, and performs the same task here – this is the sound of a mainstream adult rock band, a band that knows their craft and does little to push the boundaries of that craft. Certainly, they do little to break convention here, either, relying on ballads and midtempo tunes that feel like ballads for the bulk of the record – and when they do decide to rock (usually on a Robby Takac number), it’s almost as if they made a conscious effort to turn the volume down on their amps before they started to play. It’s easy listening music for a generation raised on rock, but that’s not necessarily a bad thing. Frontman Johnny Rzeznik remains a solid journeyman rocker, as both a writer and singer, and he crafts songs that are likeable and sturdier than those of such peers as Rob Thomas, even if his tunes aren’t all that memorable this time around, particularly when they’re dressed in an immaculate production like this, where every track is produced so smoothly it all blends together. But even that certain element of repetition makes Let Love In work as pleasant background music – which may sound like damning with faint praise, particularly since there would have been a time when the Goo Goo Dolls would never have thought of themselves as being merely pleasant, but it just means the album works on its own (albeit limited and modest) terms.