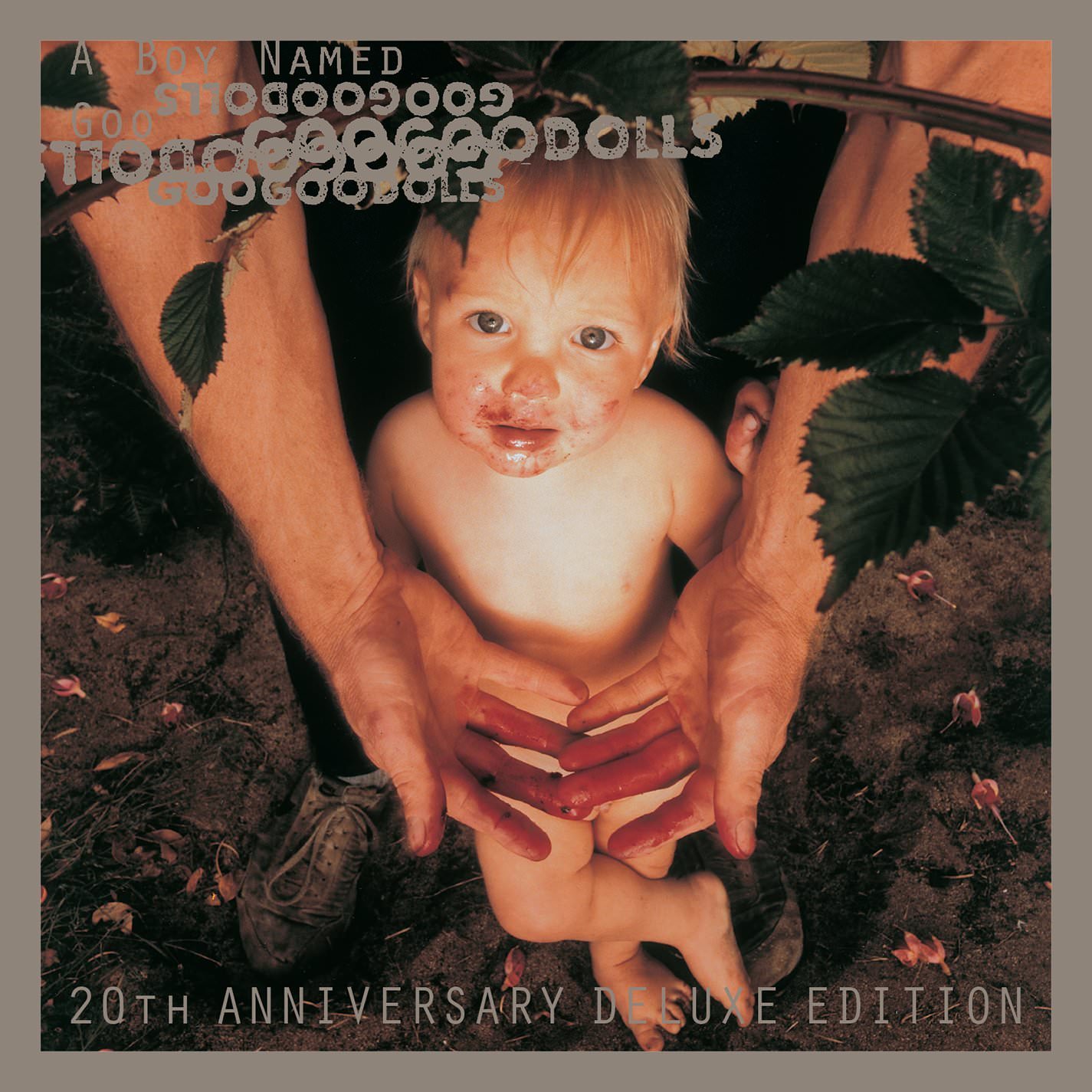 “A Boy Named Goo” is the fifth studio album by American rock band Goo Goo Dolls, released in 1995 on Warner Bros. As a commercial success, it has been RIAA-certified as double-platinum. This Deluxe reissue celebrating the 20th anniversary of the album. It featuring seven previously unreleased tracks. The new tracks were recorded live at The Academy in New York back in November of 1995.

Produced by Lou Giordano with his trademark full-bodied, immediately accessible, but never washed-out sound, A Boy Named Goo finally got the band across to a wide audience, and deservedly so. Right from the start, the Goo Goo Dolls sound perfectly on the right track after Superstar Car Wash’s OK but ultimately go-nowhere feeling – “Long Way Down” is another stone-cold classic of wounded romanticism wedded to catchy Cheap Trick-tinged punk-pop, Rzeznik’s singing the not-so-secret weapon. Hearing him on the descending chorus, matching the just sad enough guitar crunch, makes one realize that there’s always hope for full-bodied rock & roll. The eternal Replacements tag now makes less sense than ever – the Goos have their own enjoyable sound, Rzeznik’s a more individual singer than ever, and all three rock out accordingly. Takac similarly has his own sonic improvements, his formerly rasped high register now just a little more controlled but no less affecting, as winners like “Burnin’ Up” and “Somethin’ Bad” easily demonstrate. Rzeznik-sung highlights are equally everywhere – the commercial but never stupid “Naked,” with a great chorus and immediately radio-friendly music, the equally sharp “Only One,” and the mighty fine “Ain’t That Unusual.” There’s no question what the highlight is, though – however untypical of the rest of the album’s mid-range feedback fun, “Name,” with its sweet but sad acoustic arrangement, made perfect sense as the Goos’ long-delayed radio breakthrough. Rzeznik’s empathetic vocal, delivering one of his best lyrics on favored subjects of friendship, loss, and fame, matches unfolky strumming and quiet energy, creating a song that feels like both a farewell to the American Dream and to a long-lost partner. All this without sounding like a Bruce Springsteen sermon – a rare thing indeed.