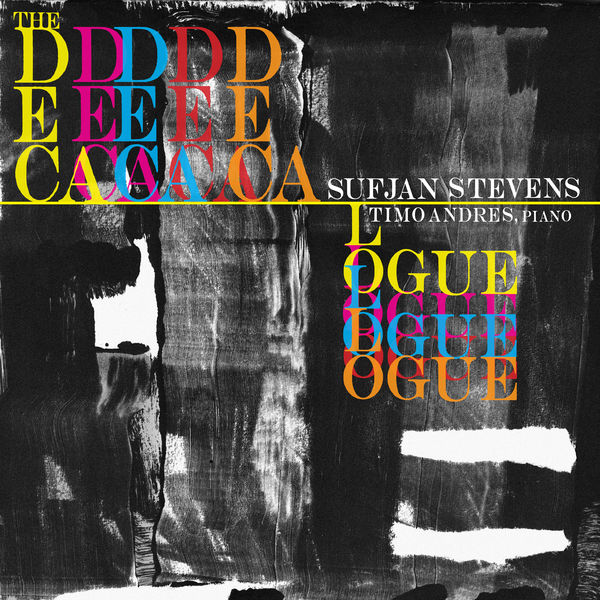 The title of “The Decalogue” has a touch of the grandiose: it means “The Ten Commandments.” Yet this score, composed by Sufjan Stevens for a dance work choreographed by Justin Peck that premiered with the New York City Ballet in May of 2017, is quiet and experimental. Stevens’s piano score, as played and recorded by Timo Andres, sounds like etudes in the Romantic-modernist tradition, as if prompted by Debussy.

One of the most important things fans should know about this Sufjan Stevens album is that he doesn’t actually appear on it. In 2017, Stevens was commissioned to write music for a dance piece choreographed by Justin Peck for the New York City Ballet. Stevens turned in a ten-piece suite for solo piano called The Decalogue, the title and themes inspired by the Ten Commandments. 2019’s album The Decalogue gives fans a chance to hear Stevens’ score wherever they listen to music, but rather than perform the pieces himself, Timo Andres, a noted composer and pianist, was brought in for the recording sessions. Without Stevens’ trademark lyrics, vocals, or bold but passionate ensemble arrangements, The Decalogue becomes a very different animal than nearly everything else in his catalog. The music is angular and often amelodic, though the strength and dynamics of Andres’ skills at the keyboard are superb and his dexterity gives the recordings a greater sense of drama than most solo recordings would bring. It’s more than a bit difficult to imagine how this is supposed to work without seeing Peck’s choreography in action, but the music moves back and forth between beauty and unrest with enough confidence that one can feel the purpose and the flow of The Decalogue, even if you can’t see it. Like many recordings of music designed as accompaniment and not meant to stand alone, The Decalogue sometimes feels rather incomplete, especially presented in such elemental form, but committed fans will want to give it a listen, and it’s good to hear this unique talent willing to push his own stylistic boundaries. ~ Mark Deming