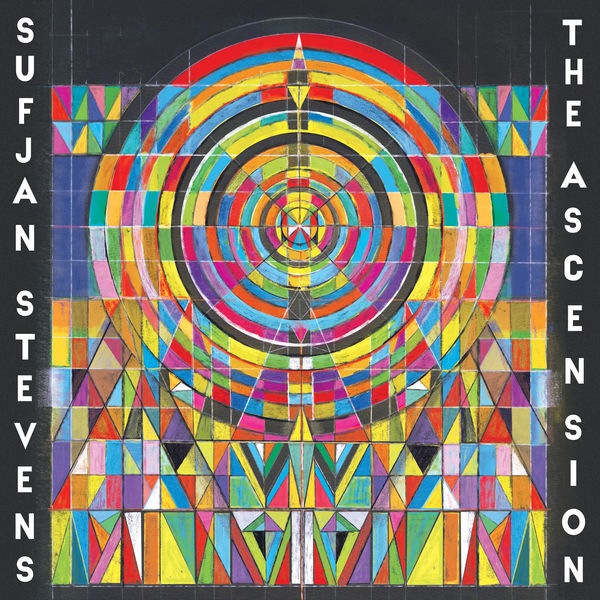 The Ascension is the eighth studio album from singer, songwriter and composer Sufjan Stevens and is the long awaited follow-up to Stevens’ Carrie & Lowell. One of the most acclaimed albums of 2015, The New York Times praised Carrie & Lowell as “restrained and meticulous” while Pitchfork declared it “a masterpiece.” In the time between Carrie & Lowell and the forthcoming The Ascension, Stevens also released Oscar-nominated music for the Luca Guadagnino film Call Me By Your Name; a collaborative album entitled Planetarium with Nico Muhly, Bryce Dessner (The National) and James McAlister; The Decalogue, a solo piano work performed by Timo Andres; and scored several works for ballet: Reflections (Houston Ballet) and Principia (NYCB). The Ascension is musically expansive and sweeping in thematic scope.

Is the album title The Ascension a reference to mountaineering or the Christian festival which celebrates Jesus’s ascension to heaven on the 40th day of Easter? Judging from the album cover which looks like a stain-glass window, you’d probably go for the latter. Though the first option seems equally valid; Sufjan Stevens’ eighth album takes you on an expedition. Be careful, it’s a long journey (15 tracks in 80 minutes) but the summits are worth it. On his moving previous album Carrie & Lowell (2015) the American musician chronicled the story of his sick mother on an acoustic guitar. Here, it’s a sick world he’s talking about: America in 2020, disillusionment, anxiety and dehumanisation. And desperate times call for desperate measures! The measures that Sufjan Stevens took are paradoxical: he made this album alone but orchestrated his songs like liturgical music. The main theme running through the album is his intimate voice. He sounds like a fallen angel, multiplying his voice into a choir of 150 Sufjan Stevens in white togas, layered over an electronic backdrop that goes from retro Vangelis-style ambient music to R’n’B, while exploring sounds that remind us of what Björk did in the 90s. The Ascension is a heavenly album of contemporary pop that’s been liberated by boundless technology. It’s not easy to take everything in at first, but after listening to this record a few times it might become difficult to stop. – Stéphane Deschamps