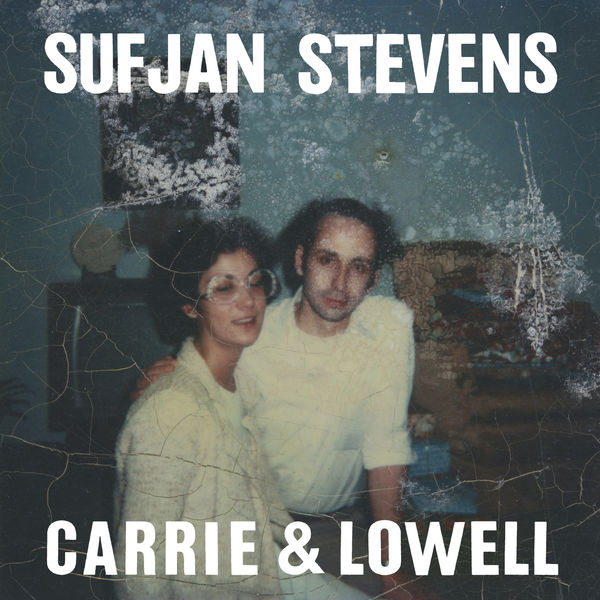 Great loss often inspires great art: Lou Reed and John Cale’s Warhol tribute ‘Songs For Drella’, or Rufus Wainwright’s eulogy to his mother ‘All Days Are Night: Songs For Lulu’ for example. To this catalogue of sublime sadness we can now add Sufjan Stevens’ ‘Carrie & Lowell’, named after his stepfather and his depressive, alcoholic and schizophrenic mother, who abandoned her family when Sufjan was 12 months old. Following her death in December 2012, the 39-year-old Detroit songwriter decided to make his seventh album a stark exploration of their fractured relationship.

Pruned to a relatively tight 44-and-a-half minutes, ‘Carrie & Lowell’ – with the couple pictured on the sleeve – is one of Sufjan’s most fat-free and consistently stunning records, but also his darkest. There are no brass fanfares like 2006’s ‘Adlai Stevenson’ or fancy-dress-party tunes like 2005’s ‘Chicago’. This is downbeat and delicate alt-folk drenched, very sweetly, in blood, grief and desolation. ‘Death With Dignity’ is populated by ghostly apparitions, ‘Drawn To The Blood’ casts Sufjan as repentant murderer avenging a loss and come ‘No Shade In The Shadow Of The Cross’ he’s having a full on psychotic breakdown – “There’s blood on that blade/Fuck me, I’m falling apart”. Most heart-breaking of all, ‘Fourth Of July’ revisits the experimental electronics of 2010’s ‘The Age Of Adz’ to formulate an icy final farewell to “my dragonfly… my little Versailles”. “The hospital asked should the body be cast before I say goodbye” he says of his final moments with his mother, before turning to the listener to implore: “make the most of your life while it is rife… we’re all gonna die”.

No matter how desperate Sufjan gets – he coos about “cutting my arm” in a “warm bath” on ‘The Only Thing’ – he’s resolutely serene, his emotion swathed in glistening guitar tones and angelic harmonies, spooling out his genius as casually as breathing. ‘The Age Of Adz’ was as rich and evocative as laptop folk gets, but so decisively did he win alt-folk on ‘Illinois’ five years earlier that it’s an (ironic) joy to hear him dust off the banjo once more and whisper his lustrous laments as though in a candle-lit attic at 3am, trying not to wake anyone up.