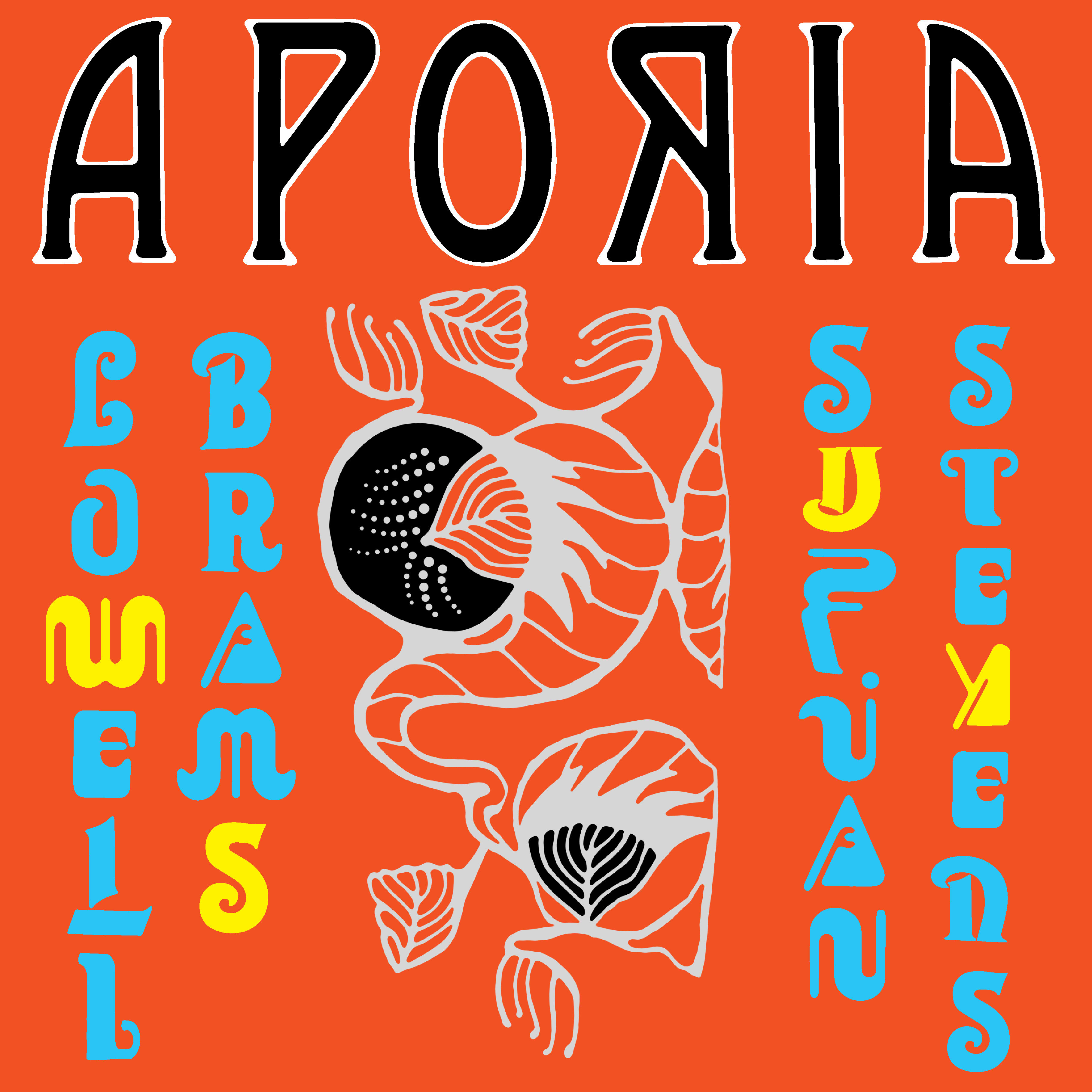 Aporia is a New Age album from Sufjan Stevens and his step-father and record label co-owner, Lowell Brams. In the spirit of the New Age composers who sanded off the edges of their synths’ sawtooth waves, Aporia approximates a rich soundtrack from an imagined sci-fi epic brimming with moody, hooky, gauzy synthesizer soundscapes. The album may suggest the progeny of a John Carpenter, Wendy Carlos, and Mike Oldfield marriage, but it stands apart from these touchstones and generates a meditative universe all its own. This is no mere curio in the Sufjan Stevens catalog – but a fully realized collaborative musical piece.

After Music for Insomnia in 2008, a collection of instrumentals on the theme of sleep disorders, Sufjan Stevens has produced another collaboration with his stepfather. Lowell Brahms, the husband of his late mother, about whom he spoke in the introspective Carrie & Lowell in 2015, is one of the people who have counted in the career of the Michigan songwriter. Together, they started Asthmatic Kitty Records in 1999, through which Stevens released many of his works, and most importantly, they play together whenever they meet. From these regular jam sessions stretching back over the past ten years, Stevens has meticulously extracted the “10% magic moments” before setting to work on this musical patchwork with his team. The result: a psychic journey between ethereal guitars and cosmic synths, on the borders of ambient and New Age, invoking at once Vangelis, Mike Oldfield, John Carpenter and Boards of Canada – and even a bit of the spirit of Neil Young’s Dead Man soundtrack. One to listen to in a yurt during your next shamanic retreat. – Smaël Bouaici