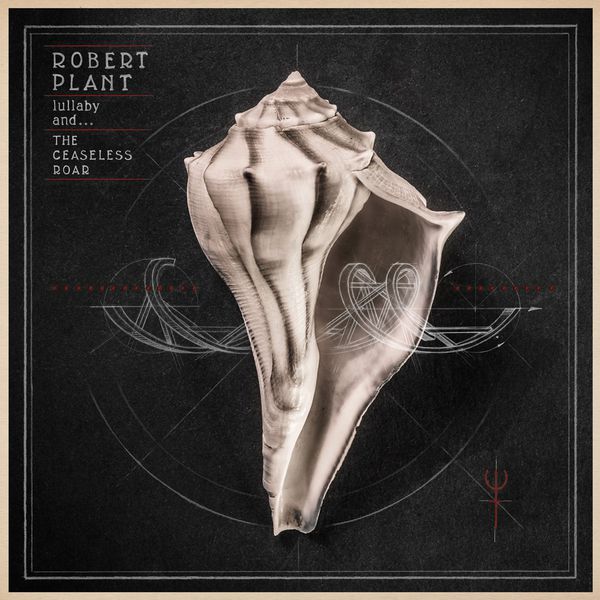 lullaby and… The Ceaseless Roar is Plant’s first record since 2010’s Band of Joy, which followed 2007’s six-time Grammy Award–winning collaboration with Alison Krauss, Raising Sand. Justin Adams and John Baggott of The Sensational Space Shifters appeared on Plant’s 2002 release Dreamland, while all but Camara and Smith appeared on 2005’s Mighty Rearranger. The new-album line-up recently toured the world before recording lullaby and… The Ceaseless Roar at Helium Studios in Wiltshire and Real World Studios in Bath, UK. The track “Rainbow” was recorded in Contino Rooms in London. Tchad Blake mixed all but three tracks on the album.

Returning to his native England after an extended sojourn in America, Robert Plant heavily reconnects with his homeland’s mysticism on 2014’s lullaby and… The Ceaseless Roar. Despite the shift in geography, the singer is picking up a thread he left hanging with 2010’s Band of Joy. On that album, Plant blurred boundaries between several musical styles, playing covers with a group assembled by producer Buddy Miller, but here he shifts that omnivorous aesthetic to a collection of originals performed with his ever-changing band the Sensational Space Shifters. Certain flourishes sound familiar — he remains equally enamored of English and Moroccan folk while retaining an enduring obsession with American blues and psychedelia — but the feel is different, not as robust as Band of Joy or warmly joyous as Raising Sand. The Ceaseless Roar may not get loud — usually, when it rocks it sounds like a kissing cousin to a folk rave-up; sometimes, as on “Somebody There,” it’s chiming, crystalline, and bright like the Byrds — but it is intensely meditative, finding sustenance within mystery. Plant is reflecting on where he’s been — singing “And if the sun refuses to shine” on “Pocketful of Golden,” he tips a hat to his Zeppelin past; elsewhere he speaks of getting lost in America — yet gingerly avoiding questions of mortality and resisting the allure of easy sentimentality. It’s possible to hear the weight of his years on lullaby and… The Ceaseless Roar — it is, in the best sense, mature music, dense in its rhythms and allusions, subtle in its melodies — but he never feels weary, nor does he traffic in false nostalgia. He’s building upon the past, both his own and the larger traditions of his homeland, both spiritual and actual, and that gives lullaby and… The Ceaseless Roar a bewitching depth. It’s an album to get lost in.