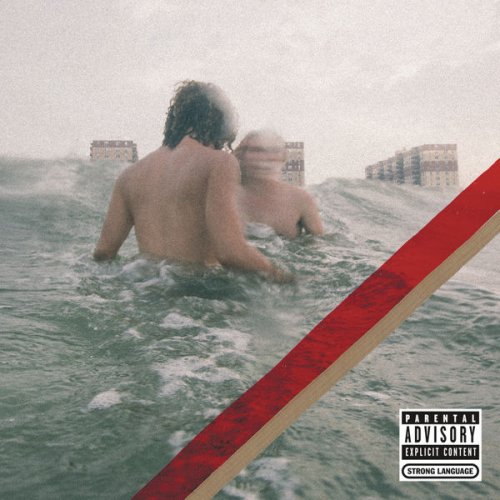 Lewis Del Mar is the self titled debut album from lifelong friends Danny Miller and Max Harwood. The two are inseparable creative companions filled with zeal and confidence, recently became twenty-somethings. They have been on a continual musical journey together, a DIY mission that found them ingloriously wading against the current for years. Through a tireless pursuit including self-booked tours and uncomfortable nights on friend’s couches and floors, they have created one of the most impressive debut albums in recent memory.

All of the album’s 10 tracks were written and recorded by Danny and Max in their shared 400 sq ft bungalow in Rockaway Beach, NY, a working class neighborhood in the shadows of New York City on the periphery of Queens. Rockaway Beach is a community that sits within earshot of both the crashing surf of the Atlantic and the rumbling whir of New York City’s “A” train, and is an environment that fully embodies Lewis Del Mar’s sonic landscape. The songs on Lewis Del Mar take inspiration from the gritty coastline the creative companions call home.

In July of 2015, after almost two years of meticulous collaboration in a vacuum, Lewis Del Mar was catapulted onto the blogosphere with the independent release of their first single “Loud(y).” The reaction was instantaneous and overwhelmingly positive. Indie Shuffle, Pigeons & Planes, Consequence of Sound, KCRW and CMJ all hailed the song as one of the best of the year. Of the band’s very first live performance, The New York Times gave a glowing preview claiming “Loud(y)” was a “clattering profane mixed-media anthem” and questioned if the band’s debut performance could possibly stand up to the veracity of the recordings. A sold out performance that left a line of people around the block provided a resounding answer.

Humility and passion are brimming in Lewis Del Mar’s music, and there is a uniquely human element to their sound and message. Undeniably relatable while it continues to keep you guessing, peering curiously around the corner to get a glimpse of what’s next.