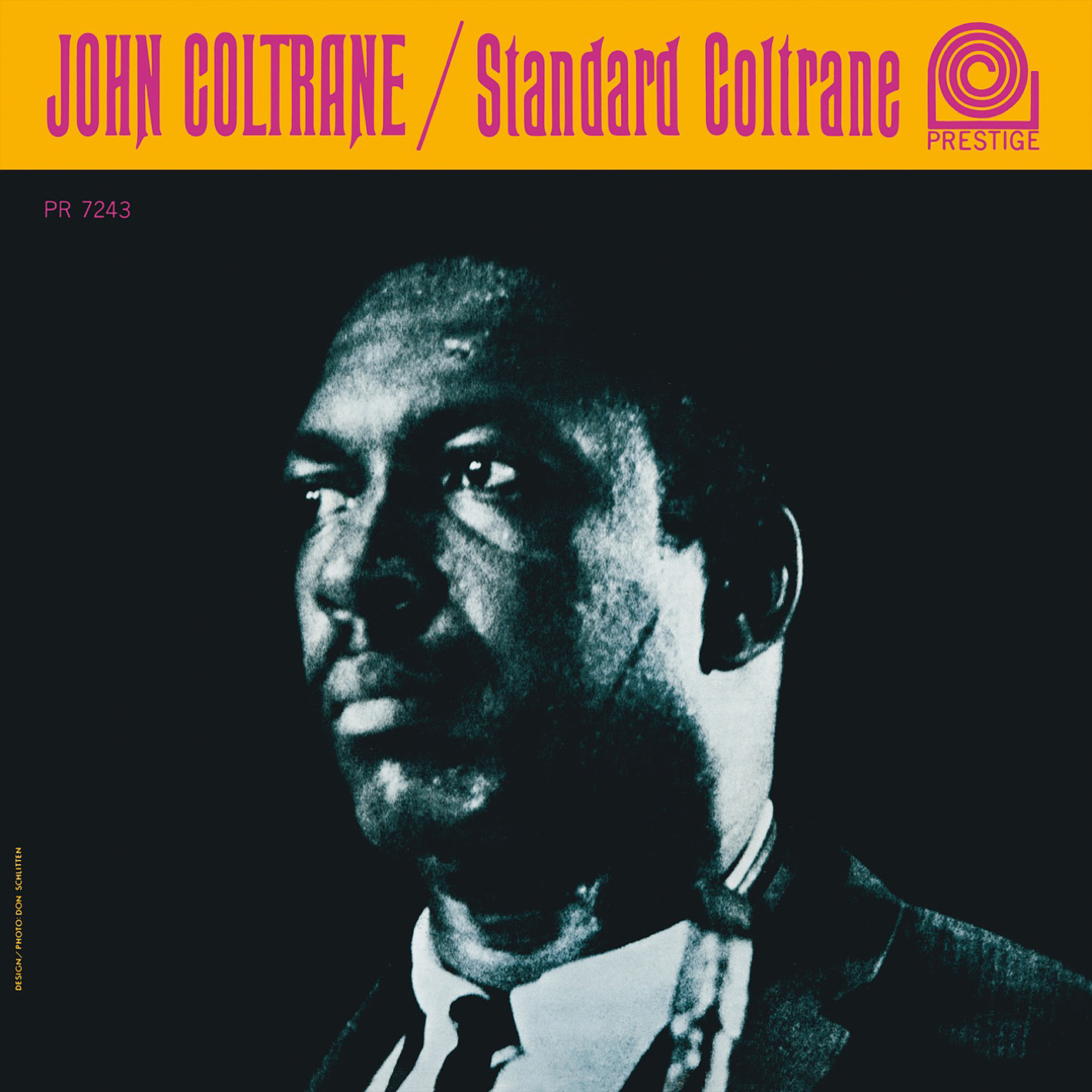 “Standard Coltrane” consists of tracks recorded in 1958 but only released in 1962 to capitalize on Coltrane’s growing popularity throughout the 60s. The material on the album consists of well known music from Broadway or films, mostly ballads, recorded with the bulk of the Miles Davis band of the day: Wilbur Harden on trumpet and flugelhorn, Red Garland on piano, bassist Paul Chambers and drummer Jimmy Cobb. This is a prime example of Coltrane in the middle of his signature “sheets of sound” period.

John Coltrane had yet to move into his modal post-bop phase in 1958 when he recorded a session for Prestige Records on July 11 with trumpeter/flügelhornist Wilbur Harden, pianist Red Garland, bassist Paul Chambers, and drummer Jimmy Cobb, the results of which were issued in 1962 as Standard Coltrane. His groundbreaking modal work with Miles Davis on Kind of Blue was still a few months into the future, which makes this set more historical than vital or transitional, although it’s pleasant enough, featuring Coltrane on several standards, including a ten-plus-minute version of “Invitation.” Other Coltrane material from this 1958 Prestige era ended up on the albums Stardust (1963) and Bahia (1965), and all of it, including these four tracks, has been collected on The Stardust Session from Prestige Records, which is probably the way to go.