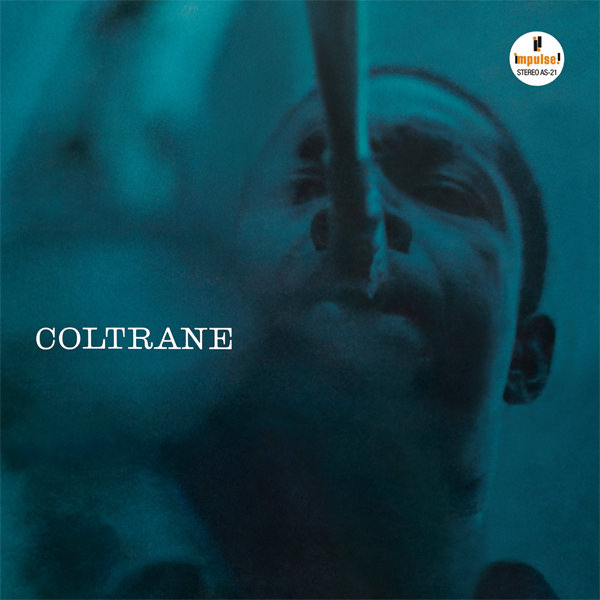 Considered by many to be his finest single album, Coltrane finds John Coltrane displaying all of the exciting elements that sparked brilliance and allowed his fully formed instrumental voice to shine through in the most illuminating manner. On tenor saxophone, he’s simply masterful, offering the burgeoning sheets of sound philosophy into endless weavings of melodic and tuneful displays of inventive, thoughtful, driven phrases. Coltrane also plays a bit of soprano saxophone as a primer for his more exploratory work to follow. Meanwhile, bassist Jimmy Garrison, drummer Elvin Jones, and especially the stellar McCoy Tyner have integrated their passionate dynamics into the inner whole of the quartet. The result is a most focused effort, a relatively popular session to both his fans or latecomers, with five selections that are brilliantly conceived and rendered. “Out of This World,” at over 14 minutes in modal trim, is a powerful statement, stretched over Tyner’s marvelous and deft chords, the churning rhythms conjured by Jones, and the vocal style Coltrane utilizes as he circles the wagons on this classic melody, including a nifty key change. “Tunji” is a mysterious, easily rendered piece in 4/4 which speaks to the spiritual path Coltrane tred, a bit riled up at times while Tyner remains serene. Hard bop is still in the back of their collective minds during “Miles’ Mode,” a sliver of a melody that jumps into jam mode in a free-for-all blowing session, while the converse is to be found in Mal Waldron’s “Soul Eyes,” the quintessential ballad and impressive here for the way Coltrane’s holds notes, emotion, and expressive intellectuality. On soprano you can tell Coltrane is close to taking complete control of his newly found voicings, as a playful, jaunty “The Inch Worm” in 3/4 time is only slightly strained, but in which he finds complete communion with the others. Even more than any platitudes one can heap on this extraordinary recording, it historically falls between the albums Olé Coltrane and Impressions — completing a triad of studio efforts that are as definitive as anything Coltrane ever produced, and highly representative of him in his prime.