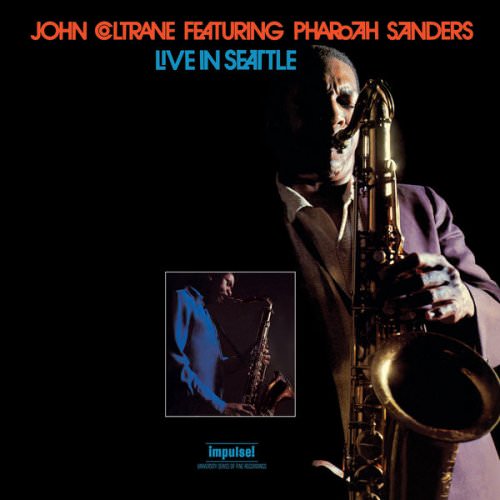 Live in Seattle features John Coltrane at a concert in September, 1965 with his expanded sextet (which included pianist McCoy Tyner, bassist Jimmy Garrison, drummer Elvin Jones, Pharoah Sanders on tenor, and Donald Garrett doubling on bass clarinet and bass). Coltrane experts know that 1965 was the year that his music became quite atonal and, with the addition of Sanders, often very violent. This music, therefore, is not for fans of Coltrane’s earlier “sheets of sound” period or for those who prefer jazz as melodic background music. The program comprises the nearly free “Cosmos,” an intense workout on “Out of This World,” a bass feature, and the truly wild “Evolution.” Throughout much of this set Coltrane plays some miraculous solos, Sanders consistently turns on the heat, Garrett makes the passionate ensembles a bit overcrowded, Tyner is barely audible, Garrison drones in the background, and Jones struggles to make sense of it all. This is innovative and difficult music.