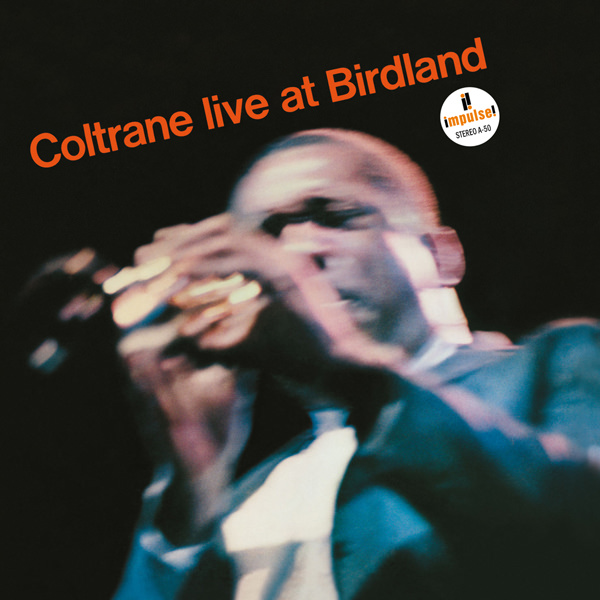 Released in 1964, this John Coltrane hybrid mixes three concert tracks with two studio pieces, one of which is the famous tribute Alabama. The live tunes come from an October 1963 show at Birdland in New York City while the two studio songs were recorded the following month. Even though not entirely live, the album was ranked at number seven on the All About Jazz list of the 10 best live jazz recordings.

Arguably John Coltrane’s finest all-around album, this recording has brilliant versions of “Afro Blue” and “I Want to Talk About You”; the second half of the latter features Coltrane on unaccompanied tenor tearing into the piece but never losing sight of the fact that it is a beautiful ballad. The remainder of this album (“Alabama,” “The Promise,” and “Your Lady”) is almost at the same high level. –AllMusic Review by Scott Yanow