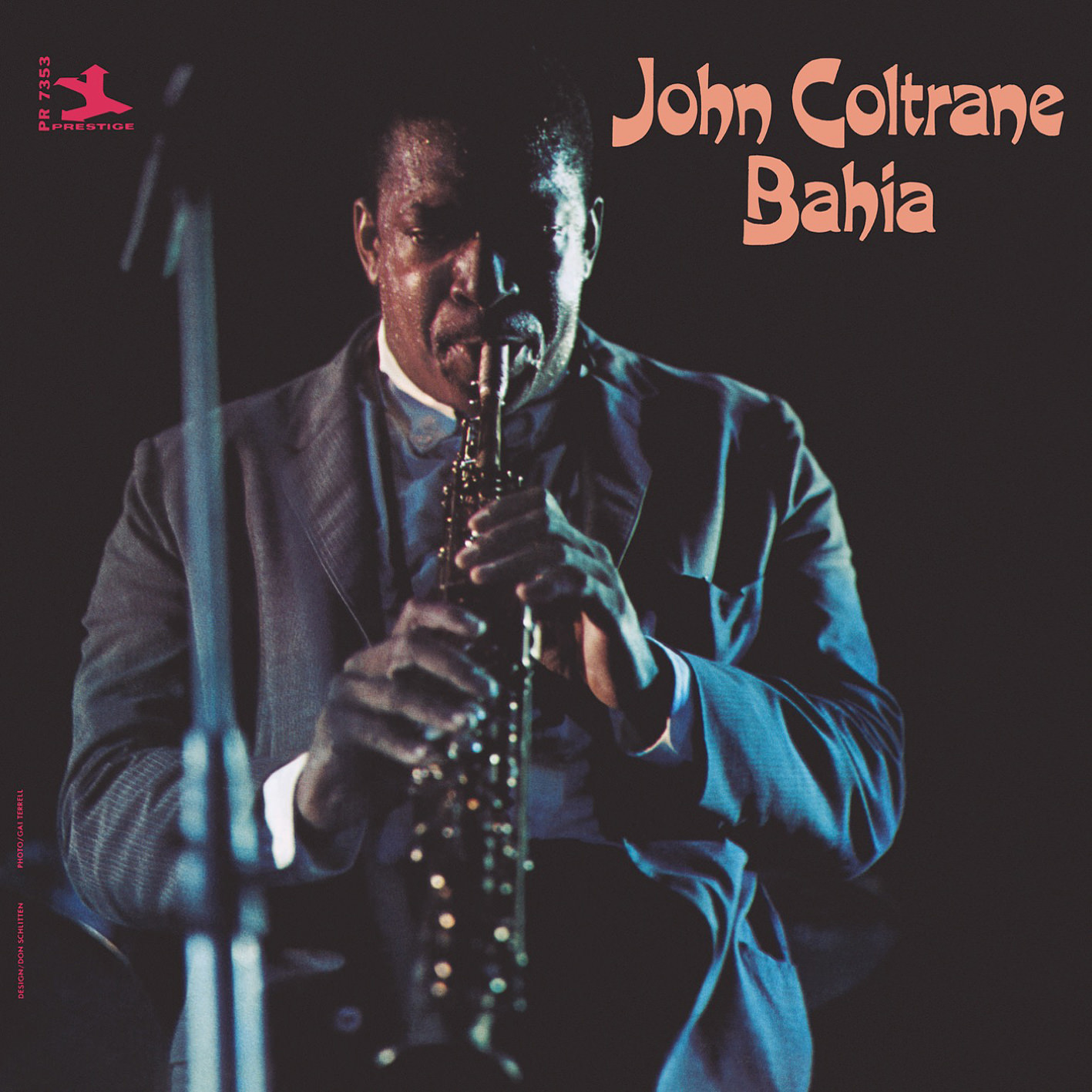 Recorded over two sessions in 1958, this album was compiled and released in 1965 by John Coltrane’s former record label to capitalize on his growing fame and success. Coltrane is joined by Freddie Hubbard on trumpet, Wilbur Harden on flugelhorn and trumpet, Red Garland on piano and drummer Art Taylor on one session; the other set features Jimmy Cobb on drums while bassist Paul Chambers appears on all tracks.

Bahia was released in 1965 and contains tracks from two separate recording sessions at the Rudy Van Gelder studio in Hackensack, New Jersey in 1958. The tracks had been unissued previously and as Coltrane’s fame grew during the ’60s, Prestige used the recordings to create new albums long after Coltrane stopped recording for the label. When Bahia was recorded in late 1958, John Coltrane was running out of patience with the standard song form as a vehicle for improvisation. Although he would go on to make one unforgettable album of standards in the early 1960s, by mid-1959 his incredible energies were increasingly directed into modal and scalar channels that would lead him to some of the most expansive and, ultimately, mysterious creative expression in all of jazz. Bahia presents Coltrane still working within the song form. He all but explodes it in the title tune and, particularly, “Goldsboro Express.” But in the album’s lovely ballads, he caresses and embellishes the melodies and chords as if preparing to bid them a reluctant farewell.

Bahia is a steady, often very good hard-blowing and blues date featuring John Coltrane, recorded during one of his busiest periods, 1957-1958, but not released until 1965. (Coltrane cut numerous sessions during the late ’50s for Prestige to satisfy a commitment to the label and move to Atlantic; some of these were packaged and released long after they were cut.) Most were done with the same rhythm section: pianist Red Garland, bassist Paul Chambers, and drummer Art Taylor (although Jimmy Cobb substituted for Taylor on two songs). Also featured is additional work by a pair of trumpeters: Wilbur Harden appears on “My Ideal” and “I’m a Dreamer, Aren’t We All,” while Freddie Hubbard takes over on “Something I Dreamed Last Night.”