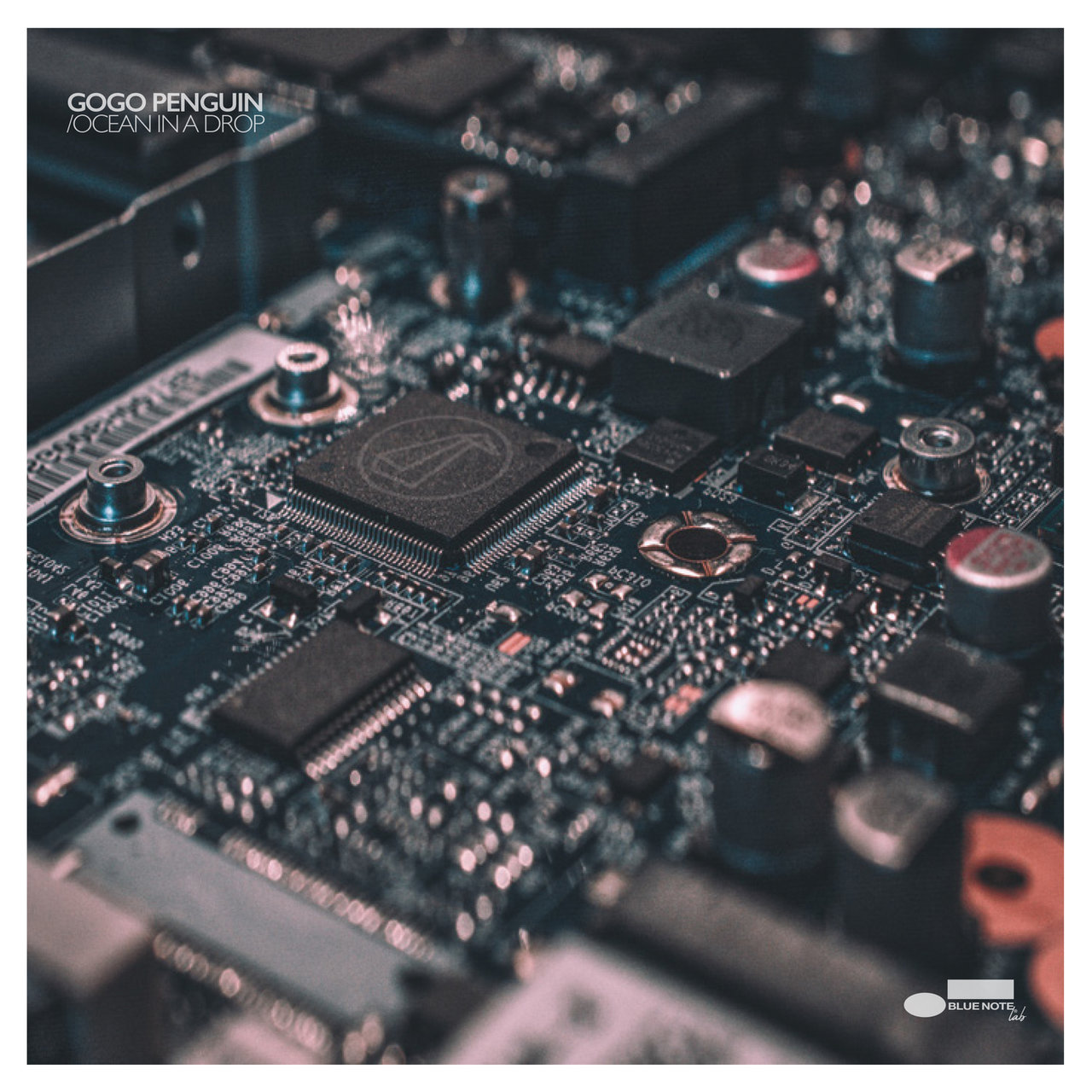 Manchester trio GoGo Penguin present Ocean in a Drop: Music for Film – a new 5-track EP, stemming from the band’s celebrated live soundtrack for Godfrey Reggio’s 1982 cult documentary Koyaanisqatsi. Recorded live, the expansive project carries a sense of poetry; the title nods to a quote from 13th-century Sufi scholar Rumi: “You are not a drop in the ocean. You are the entire ocean in a drop

Released in 1982, Godfrey Reggio’s documentary Koyaanisqatsi has become a cult classic partly thanks to its famous soundtrack by Philip Glass. Both the work and the composer have hugely influenced pianist Chris Illingworth, bassist Nick Blacka and drummer Rob Turner, to the point that in 2015 the British trio devised their own score for Reggio’s film, which they performed exclusively on stage around the world. That project was the starting point for Ocean In A Drop: Music For Film, a five-track EP that draws from their live compositions for Koyaanisqatsi. At the start, Illingworth had no intention of recording this soundtrack. “People kept asking if we’d release the music as an album, but that didn’t feel right to us. The film has a great score already, but we really enjoyed the project and specifically writing music for film, so that provided the inspiration for Ocean In A Drop. Performing the soundtrack live is hugely demanding, both physically and mentally, and the recording was no different. We recorded the tracks together live like we have with our previous recordings, not overdubbing and layering individual parts together.” The influences from Philip Glass, which are already an integral part of GoGo Penguin’s DNA, are multiplied tenfold here, yet they never suffocate the improvisations or the lyrical and atmospheric melodies found throughout these five beautifully stirring tracks. – Max Dembo