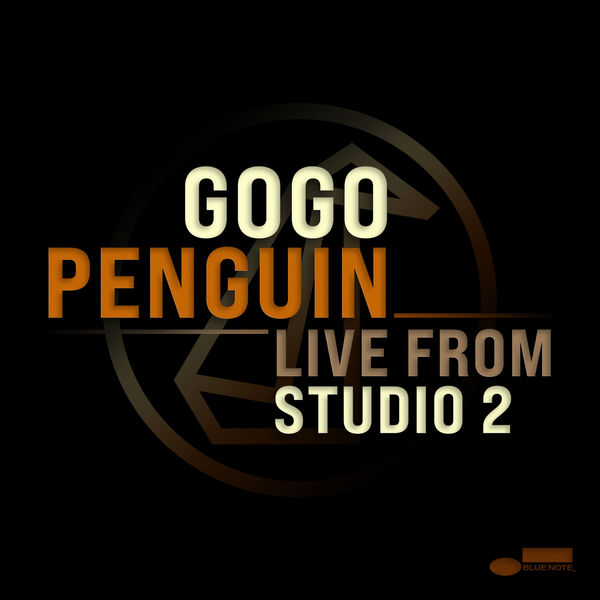 The English band called GoGo Penguin looks like a jazz trio – you know, piano, bass and drums. But their inspiration comes from electronic music, Minimalism, and the reggae-inflected style known as jungle. All of which gives their acoustic music has a very modern, motoric sound. GoGo Penguin’s last American concert was a live silent film score earlier this year at a New Sounds Live event; now they’re about to play online in the legendary Abbey Road studio that The Beatles recorded in.

Locked down and unable to tour, GoGo Penguin made the most of the situation by developing their makeshift concert repertoire. This concert sees the virtuous Manchester trio play in a certain Abbey Road Studios. Four out of seven of the tracks from this short 30-minute Live From Studio 2, transmitted live online of the 29th of October 2020, come from their fifth album released in June 2020. This atypical situation rallies like never before pianist Chris Illingworth, drummer Rob Turner and bassist Nick Blacka. Like caged animals suddenly let free, the Mancunians deliver a powerful rendition of their famous concoction of contemporary jazz, electronic music and minimalism. From the first minutes of Totem which opens this EP, the rhythms throb more than we are used to as Illingworth’s fingers dart across the piano keys. “We didn’t want to play in an empty venue, somehow it just felt weird trying to create the energy of a concert in an empty room”, explains Blacka. “But we had recorded an EP in studio 2 back in 2015 and loved the space and somehow it just made sense to film a show here.” Chris Illingworth confirms this: “It’s a really special place and we wanted somewhere intimate that we would be excited to work in and where we could tap into that sense of excitement that you get from a live concert.” For Turner, t is more a question of sound. “When we perform, we’re always reacting to each other but also the crowd. The people and the energy in the space is as much a part of the performance as we are Studio Two is imbued with the ghosts of all the incredible music and musicians that have performed there. It has an atmosphere all of its own. You really feel the expanse of time, how much has happened before you and how much will continue to happen after you.” A great success through and through. – Clotilde Maréchal