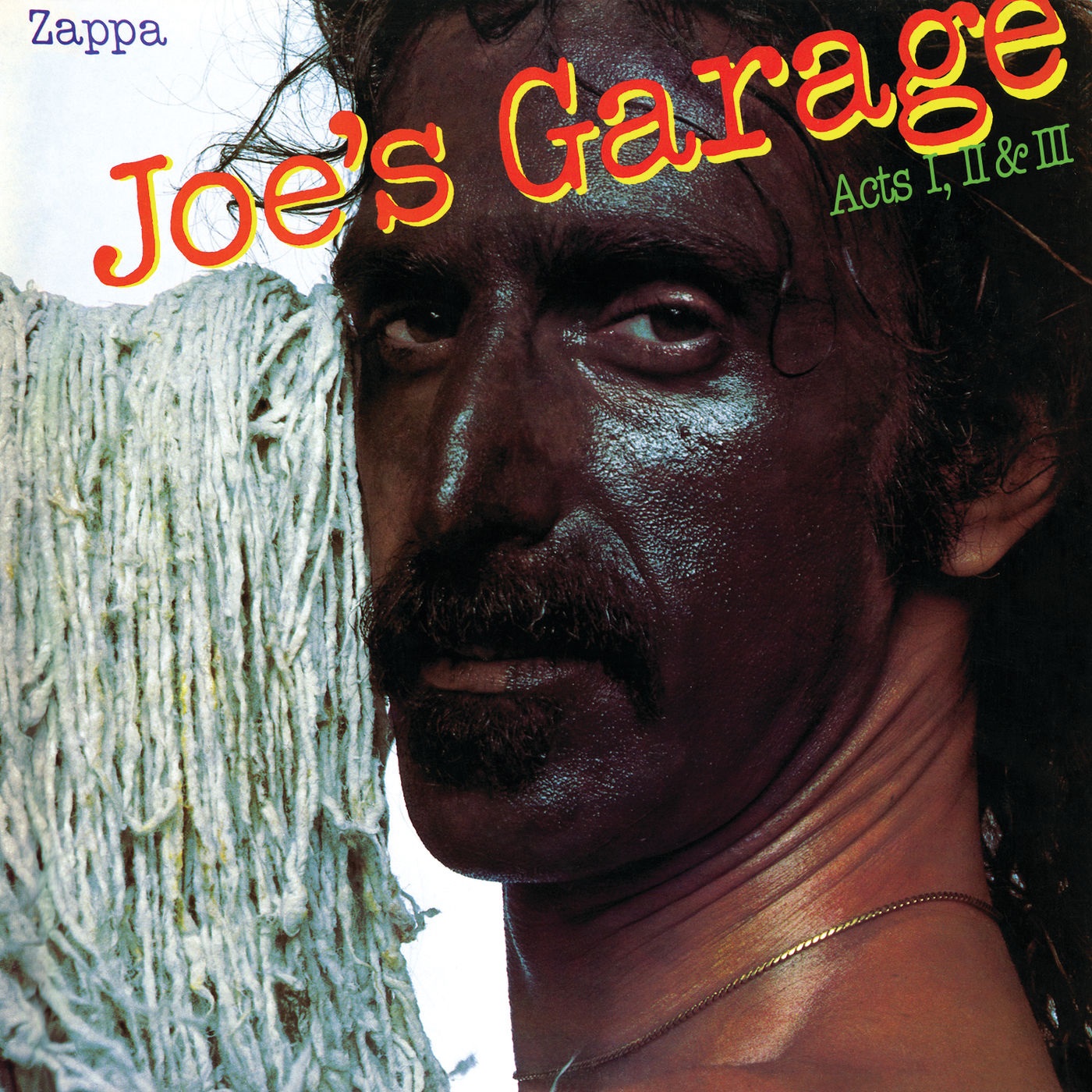 Joe’s Garage is a three-part rock opera recorded by American musician Frank Zappa in September and November 1979. Originally released as two separate studio albums on Zappa Records, the project was later remastered and reissued as a triple album box set, Joe’s Garage, Acts I, II & III, in 1987. The story is told by a character identified as the “Central Scrutinizer” narrating the story of Joe, an average adolescent male, from Canoga Park, Los Angeles, who forms a garage rock band, has unsatisfying relationships with women, gives all of his money to a government-assisted and insincere religion, explores sexual activities with appliances, and is imprisoned. After being released from prison into a dystopian society in which music itself has been criminalized, he lapses into insanity.

The album encompasses a large spectrum of musical styles, while its lyrics often feature satirical or humorous commentary on American society and politics. It addresses themes of individualism, free will, censorship, the music industry and human sexuality, while criticizing government and religion, and satirizing Catholicism and Scientology. Joe’s Garage is noted for its use of xenochrony, a recording technique that takes guitar solos from older live recordings and overdubs them onto new studio recordings. All of the guitar solos on the album are xenochronous except for “Crew Slut” and “Watermelon in Easter Hay”, a signature song that Zappa described as the best song on the album, and according to his son Dweezil, the best guitar solo his father ever played.

Joe’s Garage initially received mixed to positive reviews, with critics praising its innovative and original music, but criticizing the scatological, sexual and profane nature of the lyrics. Since its original release, the album has been reappraised as one of Zappa’s best works.