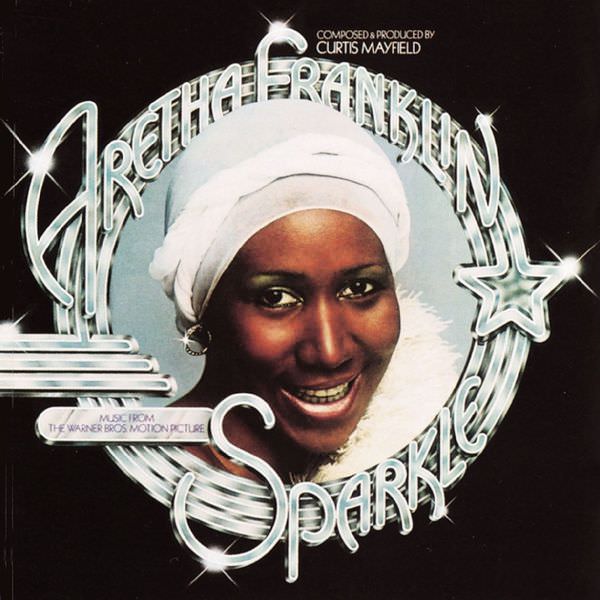 A long-forgotten mid-1970s film a DREAM GIRLS precursor about a Motownish singing trio–yielded this interesting soundtrack collaboration between soul’s reigning royalty, Aretha Franklin and Curtis Mayfield. Unbeknownst to many, the album is the source of the Mayfield-penned ‘Something He Can Feel,’ later made famous by En Vogue.

All songs ritten and produced by Curtis Mayfield, this is the soundtrack album for the 1976 Warner Bros. motion picture Sparkle, starring Irene Cara. The songs on the soundtrack feature the instrumental tracks and backing vocals from the film versions, with Franklin’s voice taking the place of the original lead vocalists. The songs ‘(Giving Him) Something He Can Feel’ and ‘Hooked on Your Love’ were covered by En Vogue on their 1992 breakthrough album Funky Divas. ‘(Giving Him) Something He Can Feel’ was a #1 R&B hit for Aretha but stalled at #28 on Billboard’s Hot 100. It was Aretha’s only Pop Top 40 hit during the second half of the 1970s. The album itself, however, fared much better. It reached the Top 20 of Billboard’s album chart and was certified Gold.