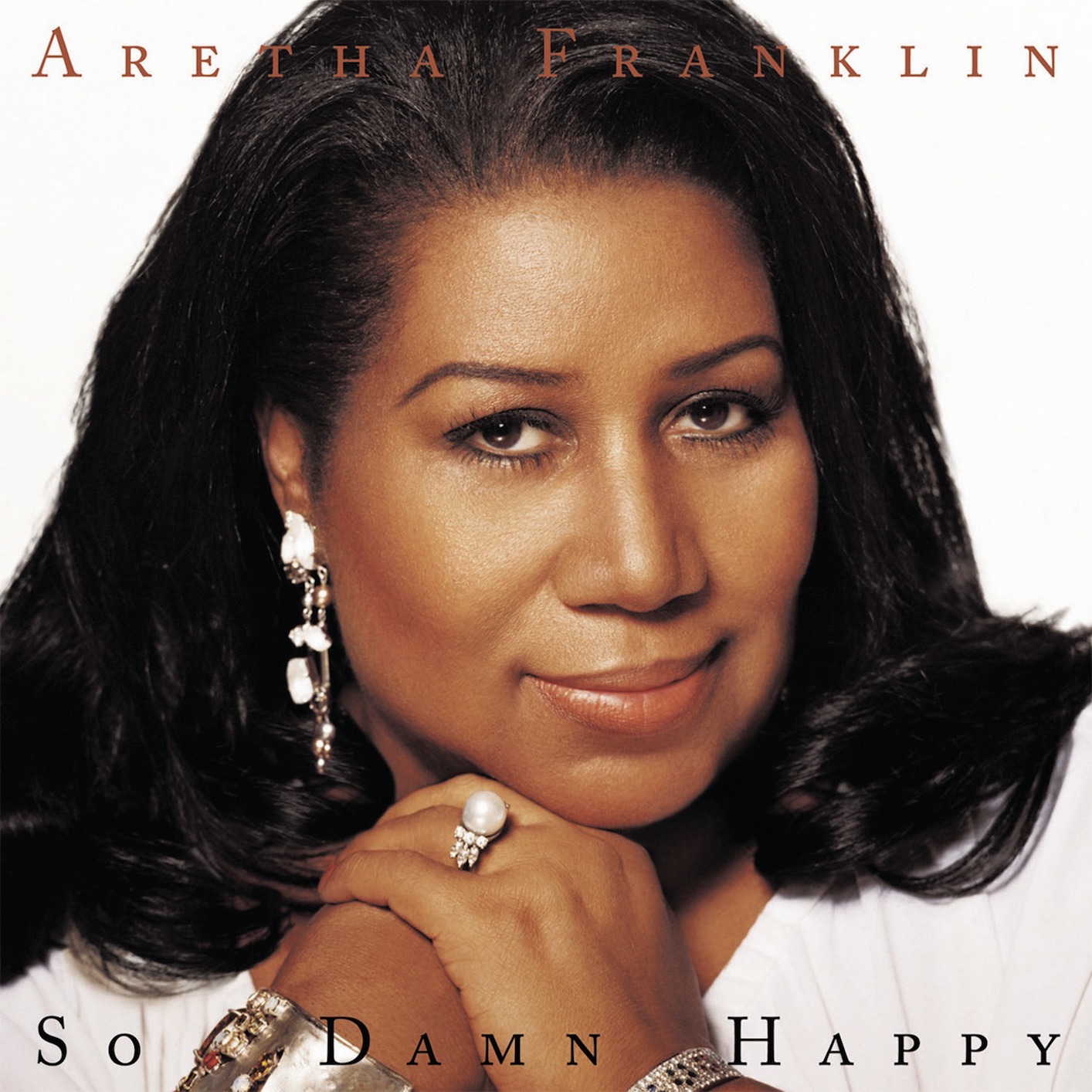 “So Damn Happy” is the thirty-eighth studio album by American singer Aretha Franklin. Her first studio album since her Gold-certified “A Rose Is Still a Rose” in 1998. The album was nominated for the 2004 Grammy Award for Best R&B Album. “Wonderful” won for Best Traditional R&B Vocal Performance. Aretha Franklin released only two new albums in the 1990s, but 2003 saw a flurry of activity, with Franklin putting out both the gospel album One Lord, One Faith, One Baptism and this secular R&B album. Her voice sounds as vibrant as ever, and most of the songs have a joyful feel that’s no doubt influenced by the depth of Franklin’s faith.

During the five years that separated So Damn Happy from her previous album, A Rose Is Still a Rose, Aretha Franklin made the celebrity-gossip pages many more times than she earned airplay on the radio. Neatly side-stepping her problems with the law (including the mysterious circumstances that surrounded the fire at her home), Aretha’s return to the studio illustrates that her power lies not in managing her career but in putting across any song that comes her way. Recording mostly in Detroit with a small group, she tempered the hip-hop inclinations of A Rose Is Still a Rose to deliver a refreshing (though admittedly sterilized) update of her ’70s records. Various producers and songwriters – including Troy Taylor, Ron “Amen-Ra” Lawrence, and Jam & Lewis – give her backgrounds composed of earthy, acoustic-driven soul, similar to contemporary records by India.Arie or Jill Scott. Most of the songs, led by “The Only Thing Missin’,” the title track, and “Holdin’ On,” are up to a high level, catchy and easy to understand (all the better to simply luxuriate in Aretha’s powerful voice). Also, two mild concessions to the hip-hop world end up paying off: guest Mary J. Blige arranged the backing vocals for two songs, both of which reach a level not seen since the days of the Sweet Inspirations, while producer Ron “Amen-Ra” Lawrence delivered an organic arrangement for a song called “Wonderful” that evokes the glory days of ’70s soul more than any other song here. Aretha shouldn’t need to resort to overkill to proclaim her joy at making music; the songs on So Damn Happy are all the proof her fans need to understand that her talent remains undiminished nearly 50 years after her debut as a secular act.