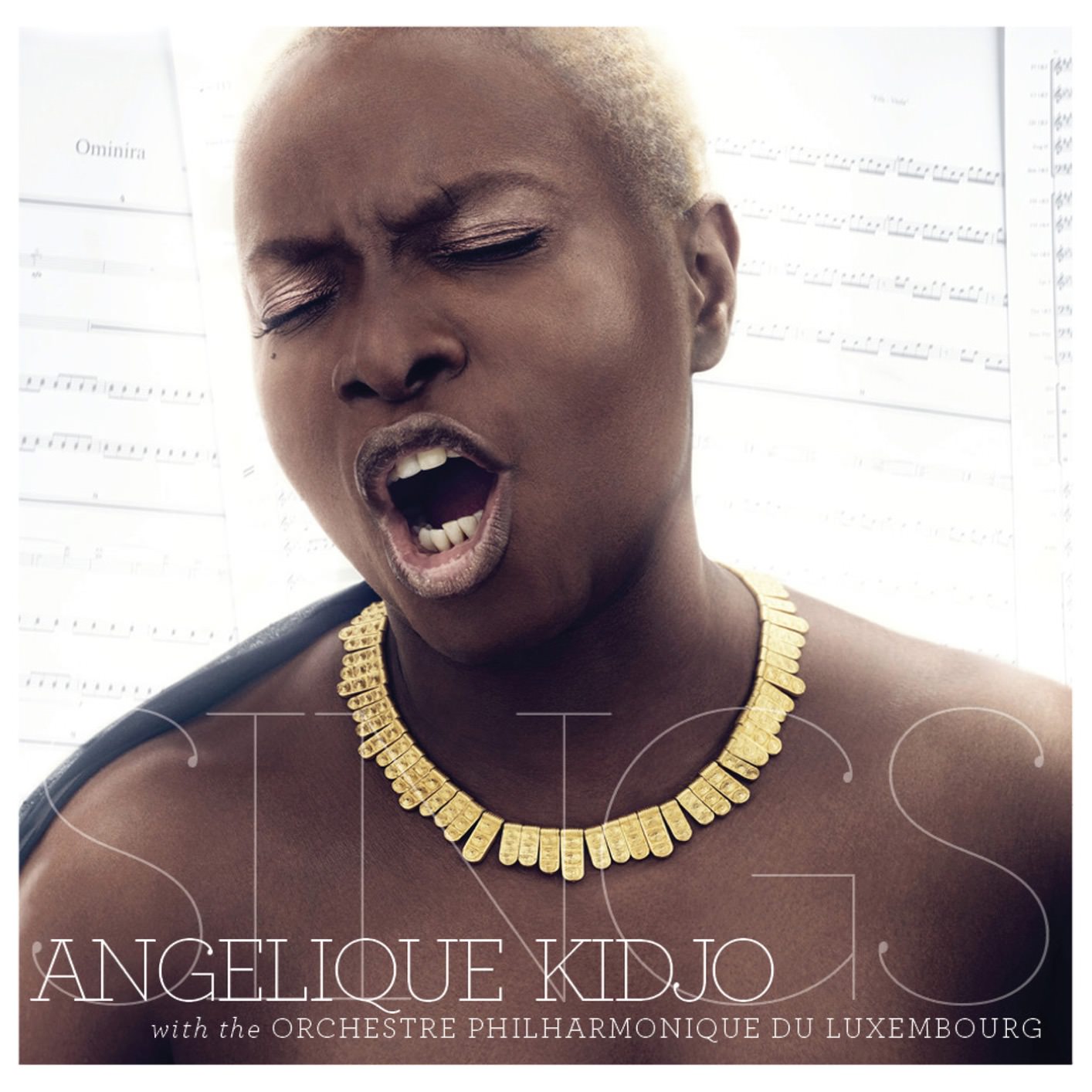 On her second, highly anticipated 429 Records recording Angelique Kidjo Sings with the Orchestre Philharmonique Du Luxembourg, the visionary songwriter and vocalist teams with the ensemble s renowned conductor and composer Gast Waltzing to create an historic work that beautifully blends the classical music traditions of Europe and the powerful rhythmic excitement of the sounds of her native land. Backed by the sweeping grandeur of the 110 musician ensemble, the singer – drawing fresh, emotional power from her trademark guttural voice – re-imagines nine classic pieces from her 24 year discography and two new tunes ( Otishe, Mamae ) from the sessions of her 2014 Grammy-Winning (Best World Music Album) masterwork Eve.

Produced by Kidjo and her husband and longtime production partner Jean Hebrail, and conducted and featuring arrangements by Waltzing, the collection is a truly multi-national affair, with the orchestra recorded first in Luxembourg (with Angelique present in the studio) and Angelique laying down her vocals, along with native percussion players from Benin, in a later session at the Digital Factory in the Normandy region of France. Additional recording and mixing was done in NYC.