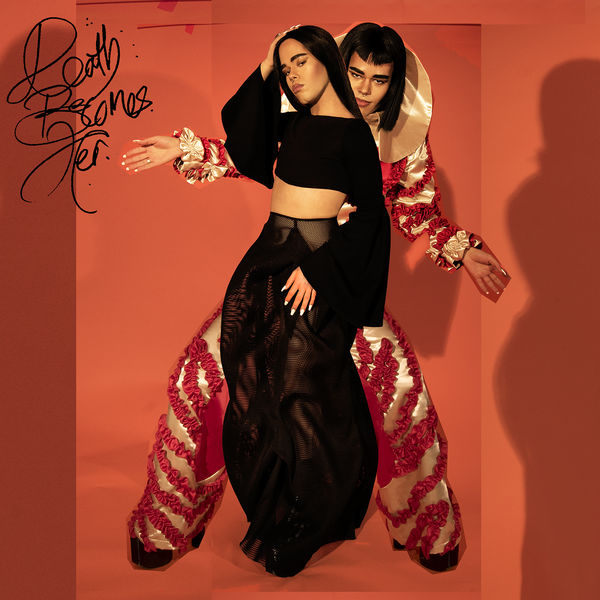 South African producer Angel-Ho’s earliest releases, including EPs and mixes released through international collective NON Worldwide (which she co-founded with Nkisi and Chino Amobi) and Rabit’s Halcyon Veil, contained experimental club tracks filled with explosive beats and nightmarish textures. While she’s constructed bracing, hellish soundscapes such as 2016’s acclaimed mix Red Devil, she’s also bashed out storming beats such as 2018 non-album track “Doll.” Death Becomes Her is Angel-Ho’s first proper full-length and Hyperdub debut, and it’s a radical transformation in every way. Framing her brand of boundary-pushing sound design into avant-pop gems, the album places her vocals front and center, delivering fierce raps about the desire for love and acceptance, with a self-declared focus on “emancipation and trans identity.” “Like a Girl” features the passionate chorus “I can be your girl in this lonely world” and saucy raps from Asian-American MC K Rizz over a galloping dub rhythm. Tracks such as “Muse to You” and “Pose” explore an obsession with fashion and glamour, delivered with vitriol reminiscent of Moor Mother. The album veers into harrowing industrial noise with the utterly disturbing “Good Friday Daddy,” but even this sounds as exciting and gripping as the danceable tunes. “Live” is filled with disorienting textures and intricate machine rhythms, but the assured vocals (especially the decree “I feel so alive”) ensure that it sounds commanding rather than confusing. Much more inviting is “Baby Tee,” the album’s poppiest and most unabashedly romantic moment, a lovestruck fantasy culminating in the assuring chant “Safe space, baby, this is safe space.” Much like Lotic’s astonishing Power, Death Becomes Her is an urgent, forward-thinking work which fearlessly celebrates nonconformity while pushing the artist’s innovative craft to a new level. ~ Paul Simpson