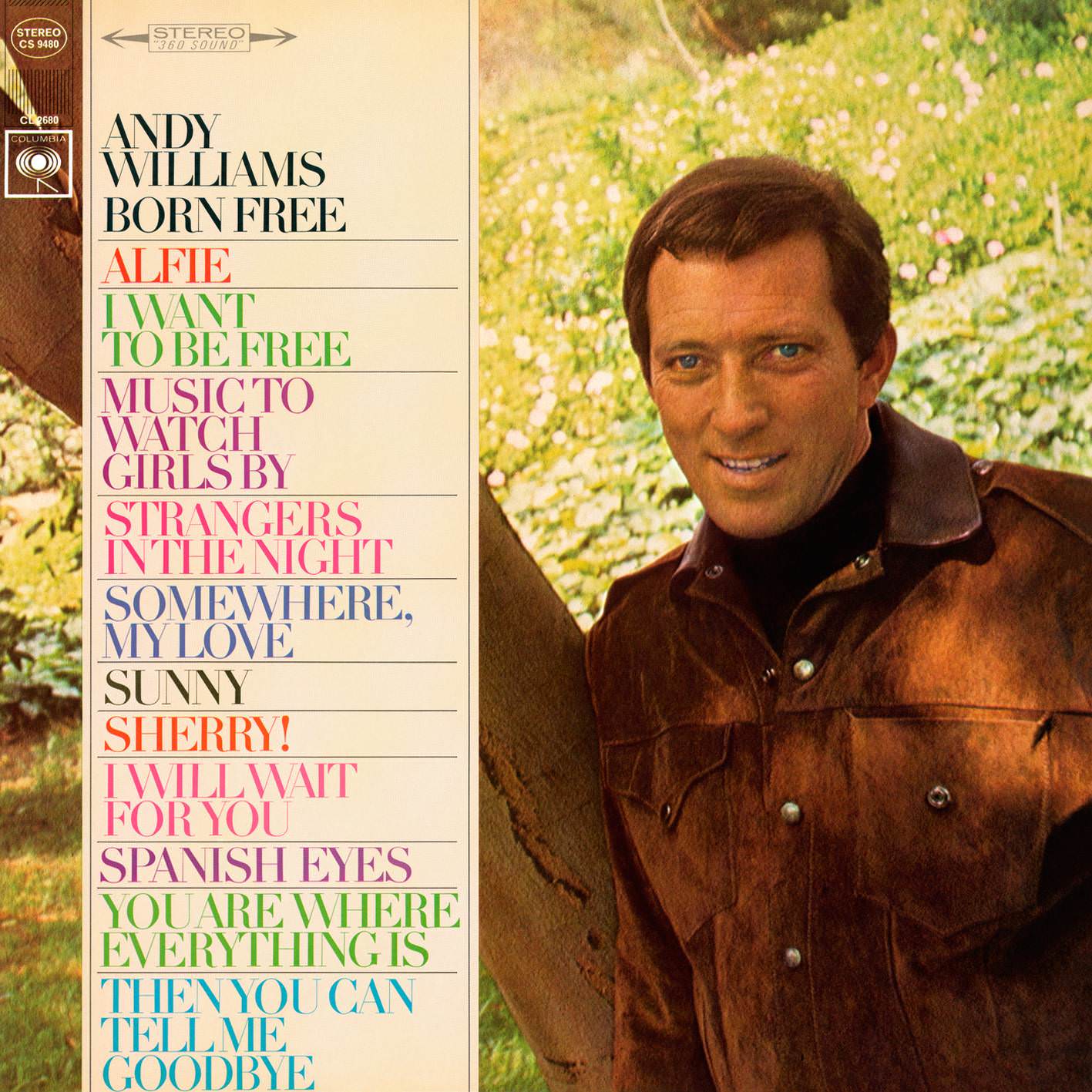 “Born Free” is an album by American pop singer Andy Williams that was released on April 10, 1967, by Columbia Records and includes half a dozen songs associated with movies or musicals. Two of these tracks, however, originated in the scores of the films indicated on the album jacket but had lyrics added later: the melody for “Strangers in the Night” was written for A Man Could Get Killed, and “Somewhere My Love” began as “Lara’s Theme” from Doctor Zhivago.

For the sixth year in a row, Andy Williams greeted the spring with a new album keyed to the Academy Award Best Song nominations, and his audience rewarded him yet again with a Top Ten placing and a gold record. For the fifth time in six years, the album was titled after the Oscar winner (the only exception being 1965, when he bet on “Dear Heart” instead of “Chim Chim Cheree”) and also featured other movie songs, in this case “Somewhere, My Love” from Dr. Zhivago, “Strangers in the Night” from A Man Could Get Killed, “I Will Wait for You” from The Umbrellas of Cherbourg, and “Alfie.” And, as usual, Williams took for his own songs popularized by his fellow male pop singers, Frank Sinatra’s “Strangers in the Night” and Al Martino’s “Spanish Eyes.” But Born Free marked a notable contemporization of the Williams formula. On his most recent albums, The Shadow of Your Smile and In the Arms of Love, he had leaned toward Brazilian sounds, recording more obscure material and several standards from the interwar period. In the Arms of Love, released only four months before Born Free, had sold disappointingly. Williams reacted by dropping the bossa nova and the oldies and looked more to the recent pop charts for covers like Bobby Hebb’s “Sunny.” He even recorded “I Want to Be Free” (AKA “I Wanna Be Free”) from the Monkees’ first album. And he scored a Top 40 hit with a pop/rock arrangement of “Music to Watch Girls By,” the tune that originated on a Diet Pepsi commercial and had been an instrumental hit for the Bob Crewe Generation. At a time when non-rock pop singers were beginning to be marginalized, Williams successfully threaded the needle, reassuring his older listeners while proving adaptable to current trends.