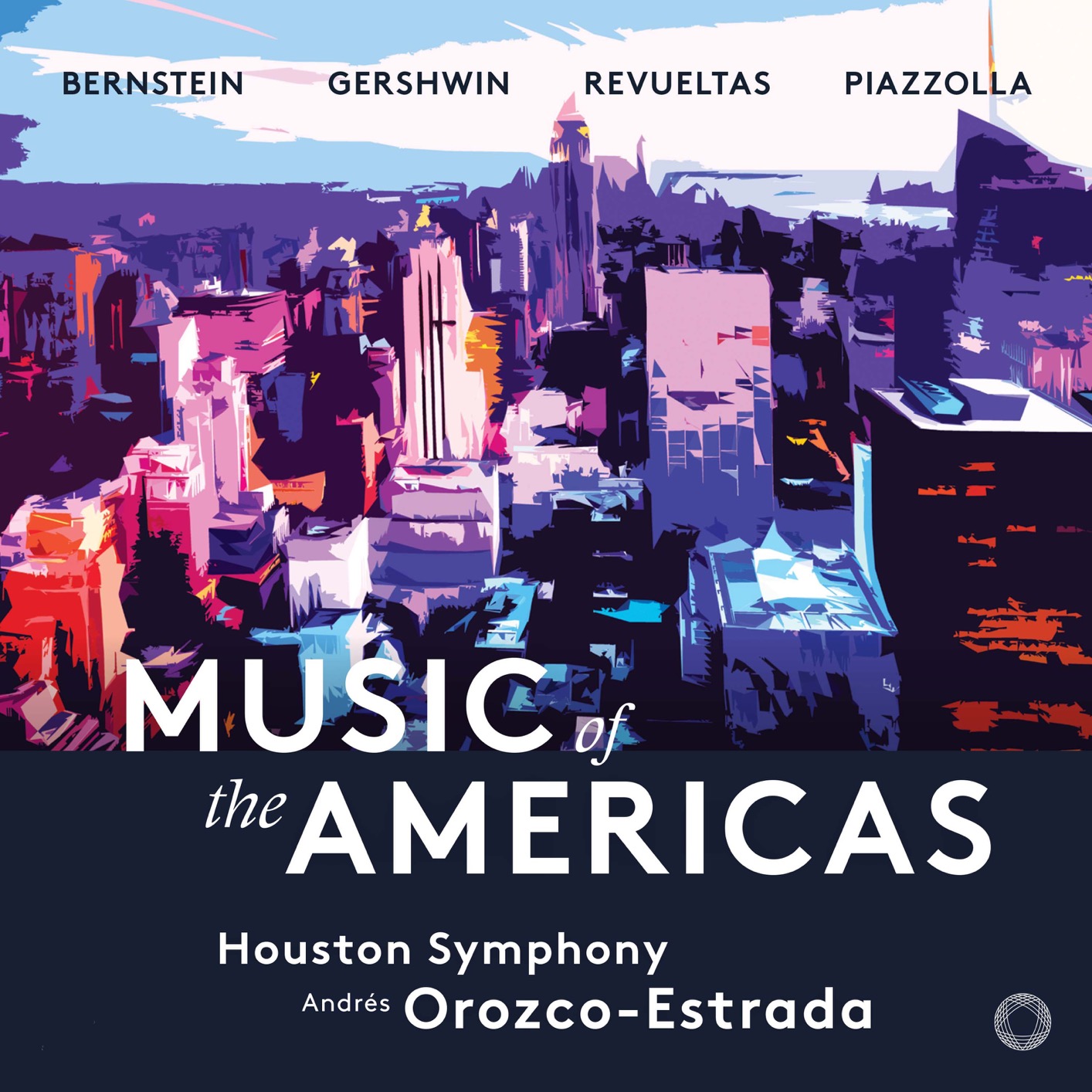 Having demonstrated their musical excellence with three well-received recordings on Pentatone of orchestral works of Antonin Dvořák, Houston Symphony and Andrés Orozco-Estrada now present an album that comes closer to their cultural roots than ever before. Dance rhythms, jazzy harmonies, bright colours, city sounds; everything one associates with The Americas can be heard on this recording. With George Gershwin’s 1928 piece An American in Paris, Silvestre Revueltas’s Sensemayá (1938), Leonard Bernstein’s Symphonic Dances from West Side Story (1961) and Ástor Piazzolla’s Tangazo (1970), it brings together composers from across the twentieth century, all connected by their belonging to the Americas. Moreover, all of these composers reconfigured the barriers between classical and popular music, combining them to produce a sound that illustrates their home region. In choosing these particular works, Houston Symphony and Andrés Orozco-Estrada have aimed not to cover the entire continent but rather to provide ‘impressions’ of America and to ‘illuminate’ as many colours in the music as possible.

Sensemayá showcases the highly original combination of native elements from the pre-colonial indigenous past with avant-garde techniques that characterizes the music of Mexican composer Revueltas. Leonard Bernstein’s West Side Story, from which a suite of symphonic dances is featured on this album, belongs to the most popular and famous American music ever. Bernstein illuminates the story of two rival gangs in New York by juxtaposing a jazz-blues ‘American’ idiom with a more ‘Latin American’ Puerto Rican sound, in which the Cuban mambo and cha-cha, and the Mexican huapango are also integrated. Ástor Piazzolla’s Tangazo (grand tango) incorporates neo-classical elements such as a fugue into the national Argentinian dance music par excellence, realizing a reconciliation between native influences and trends in contemporary classical music. In Gershwin’s jazzy symphonic poem An American in Paris, city sounds temporarily give way to a sorrowful, homesickness blues, but the piece ends in regained excitement.