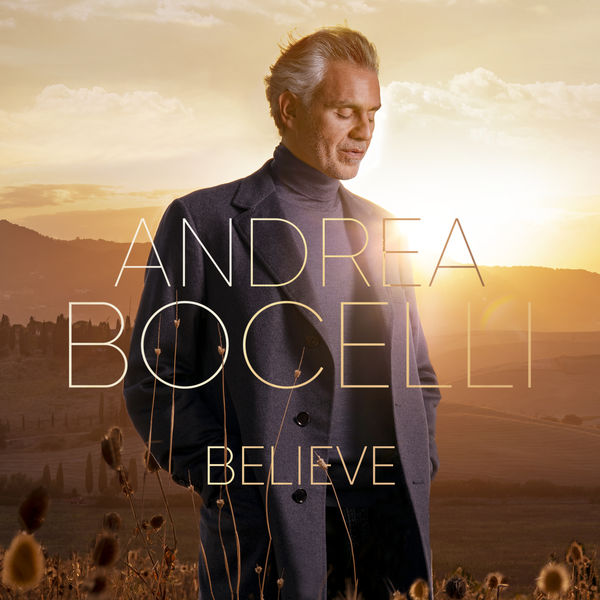 World-renowned Italian tenor Andrea Bocelli is set to release his breathtaking new album, Believe, via Sugar/Decca Records on November 13, celebrating the power of music to soothe the soul. He is joined on the record by Alison Krauss, the most awarded singer in Grammy history, for a powerful and emotional rendition of ‘Amazing Grace’.

It follows Bocelli’s record-breaking ‘Music for Hope’ performance at Easter from the historic Duomo cathedral in Milan which was watched live by millions around the globe. The new album also features two duets with leading opera singer Cecilia Bartoli, a previously unreleased track from the late, great Italian composer Ennio Morricone, as well as ‘Gratia Plena’ – the closing song from the critically acclaimed new movie, Fatima.

The themes explored in this new recording are deeply personal to Bocelli, who says, “The concept behind ‘Believe’ is based on three words: faith, hope and charity. These are the three theological virtues of Christianity, yet – quite independently of any religious belief – they are also the three extraordinary keys to giving meaning and completeness to the lives of every one of us.”