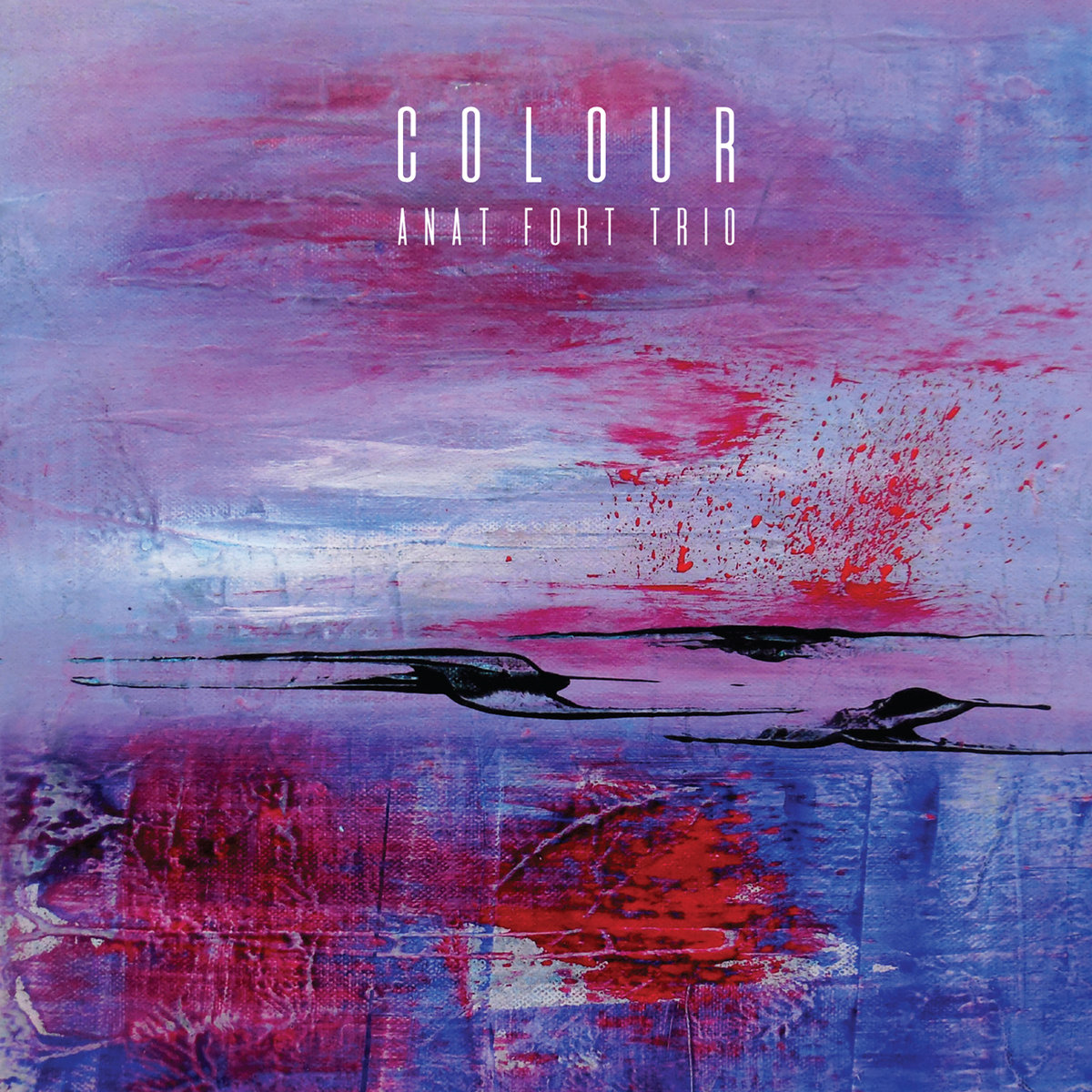 The beauty of long musical relationships can be the culmination of many things. The familial bond that is created from sharing and living together, the influence of bandmates on one another and welcome surprises can keep these bonds fresh and enervating. Pianist Anat Fort and her trio mates have been making music together for twenty years and continue to grow and share in new ways, as is evinced on their new recording, Colour.

Fort moved to New York from her native Israel to attend William Paterson University where she studied with jazz greats Harold Mabern and Rufus Reid. The influence of Paul Bley also seeped into her music, helping her establish a sound that combined the blues-based sounds of the more traditional jazz canon with the contemporary leanings of the classical-inspired improvisers of the New Thing.

Not long after establishing herself in New York City, Fort found a musical partnership in the rhythmic duo of German drummer Roland Schneider and bassist Gary Wang. The trio emerged in 1999 and it was apparent to Schneider that the band was more than just a temporary project. He confided this to Fort over a lunch meeting and suggested that the trio rehearse on a weekly basis, which deeply moved the pianist. Thus began their regular schedule of rehearsing at a basement space in New York’s East Village, organically honing their special musical identity.

The trio’s work paid off and they began playing regularly around New York and grabbing the attention of the famed ECM Records, who would go on to release two albums of the group (Fort’s ECM debut featuring the late great drummer Paul Motian and recently deceased clarinet master Perry Robinson was released in 2007). In 2008, Schneider moved back to Germany and Fort moved to Tel Aviv the following year. Even through this, the trio has continued, touring more and more throughout Europe and remaining as close as ever.

Through their recordings, the trio has become known for a more minimal and introspective approach to music making. Their live shows prove that their style has always been more prismatic and varied, utilizing the expressiveness of the blues and gospel sounds Fort had practiced since her arrival in the United States.

Producing an album for the first time in 15 years, Fort chose to highlight the expressive range of the trio in a much freer approach than that of their past few releases. Colour shines a new light on the trio for listeners, fully incorporating Fort’s pop and rock inspirations and opening ears to the full potential of the trio’s dynamic breadth on a program of original compositions by Fort.

The program begins with the opening “BBB,” a breezy declaration of intention with a rhapsodic charm. The gospel imbued “Sort Of” is a favorite of the composer and a perfect example of the trio’s natural blues feeling. Named for its animalistic lope, “The Limp” is an old composition reborn with a laid back, eastern vibe. The atmospheric “Part” is presented twice, once as a trio and again as a solo piano performance. The poignant melody of the piece makes it stand apart, no matter the presentation.

The title of the lively “Tirata Tiratata” is an onomatopoeia of the melody’s rhythmic musical phrase. The song was written for a performance at the Rubin Museum in New York and highlights the pianist playing two parts against each other in a sort of frenetic duet. The somber “Goor Katan” is a lovely, lyrical piece about the unfortunate loss of a sick kitten. The churning “Free” is a chart-less piece that has existed since the inception of the group, though always a unique journey, this is the first time it has been put to record. “Heal and…” is actually made up of two compositions that Fort felt worked better together, the first being a bright and meditative tone poem slowly progressing into the latter, a raucous, tension infused sendoff.

Two decades of brilliant collaboration and love have guided Anat Fort and her trio to the heights of musical creation. Their new recording, Colour, provides ample proof of the group’s enlivening spirit and the warm hues that their sound provides.