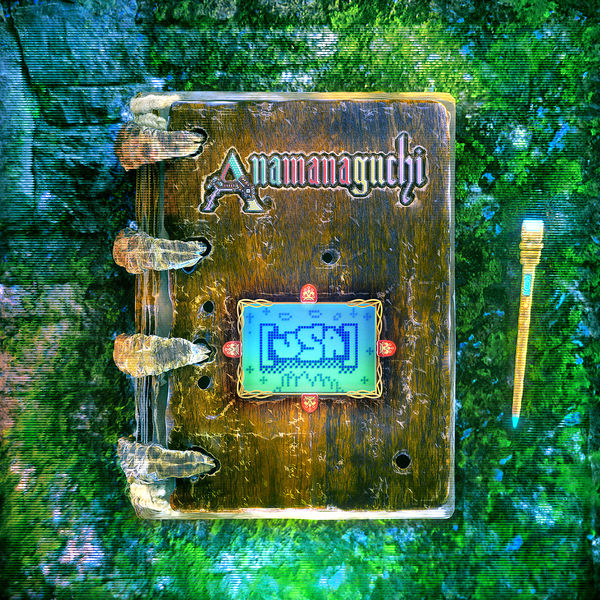 Anamanaguchi is a four-piece band from New York and Los Angeles made up of Peter Berkman, Ary Warnaar,James DeVito, and Luke Silas. Their long-awaited album, [USA], will be released on Polyvinyl Record Co. in October 2019.

“[USA] is the first Anamanaguchi album deliberately set in the real world.” says Pete. “It’s a kind of long-exposure photo that started when we chose the title in 2014.” Ary says: “While fantasy can be an amazing way to experience beauty, happiness… feelings in general, it often stands tension with reality: in our interactions with other people and the world we live in. [USA] is inspired by the struggles of acknowledging the distinction between the two… a process so many of us seem to be undergoing.”

Anamanaguchi have reached unprecedented levels of success for an act rooted in the chiptune scene. During the mid-2000s, the band uploaded Weezer covers to MySpace and released music through netlabel 8bitpeoples, and less than a decade later, they were releasing Billboard-charting albums (including their score for Scott Pilgrim vs. the World: The Game) and appearing on national television, performing on Late Night with Jimmy Fallon and being featured in several commercials. After the “fake leak” rollout of a video game called Capsule Silence XXIV (which caused a minor backlash within the gaming world and the group’s fan base), the band’s collaboration with virtual pop star Hatsune Miku, and headlining virtual music festivals conducted entirely in Minecraft, Anamanaguchi finally released their long-promised third studio album, [RoviLink=”MW”][USA][/RoviLink], in 2019. When the band first announced that they were working on the album in 2014, they stated that it would be a departure from the chiptune sound. This turns out to be partially true, as the familiar 8-bit tones are unmistakable on most of the album’s tracks, but more accurately, it seems like the group’s aesthetic has shifted a bit. While there’s plenty of sugary, fantasy-driven bitpop, the group face the harsh realities of the world on songs like “Lorem Ipsum (Actic Anthem),” which is informed by environmental issues yet doesn’t directly address them. The track’s synthetically sung vocals consist of the Latin text commonly used as a default in typesetting, and it contains some of the most soaring, anthemic music the band has ever created, before curiously segueing into an extended dark ambient coda. The group throw several other unexpected twists into these songs, including further style switches and glitchy interruptions, but the second half of the album contains their most unabashedly pop material to date. Obvious single “On My Own” could easily be covered by Paramore, and the more J-pop-sounding “Up to You” is a reminder that there’s no escape from reality. Even though it’s not as long as the 76-minute Endless Fantasy or both combined parts of the Capsule Silence soundtrack, [RoviLink=”MW”][USA][/RoviLink] feels like Anamanaguchi’s most ambitious, emotionally varied work. It’s a more challenging listen than their others, to be sure, but it fits with the album’s theme of coming to terms with the real world, and it’s filled with triumphant, transcendent moments. ~ Paul Simpson