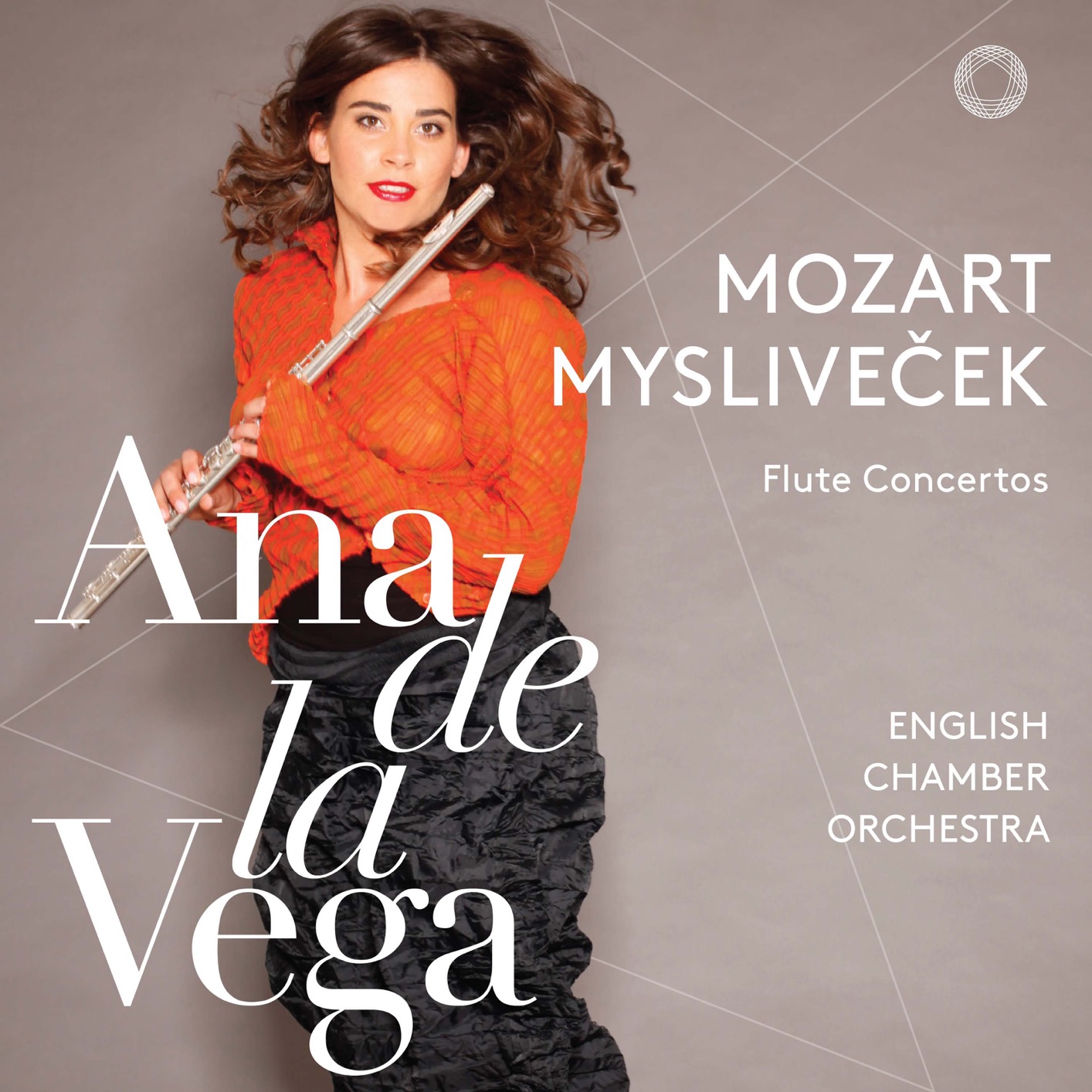 Australian flutist Ana de la Vega, who studied in Paris under Raymond Guiot then under Catherine Cantin—and now goes through a brilliant international career—has chosen two Mozart hits that are his Flute Concertos, but coupled them with a gem of a rare beauty, Josef Mysliveček’s concerto. The name, little known these days, will however feel familiar to the readers of Mozart’s correspondence, because the latter often mentioned his colleague—if only to inform his father that the poor man had gone through a botched surgery leaving him without a nose… In his time, Mysliveček had had a beautiful career as a composer of operas which were held many times in Prague, but also at the San Carlo in Naples and in many other European venues. Unfortunately, after his death as a pauper at the age of forty-three in Rome, he was already forgotten and it only got worse, despite the fact that Mozart tried to have his works played in Salzburg. De la Vega, accompanied by the English Chamber Orchestra, whose reputation has never faltered, allows us to discover this small gem in conditions that could only been dreamed of by Mysliveček. But it is never too late to do things right.