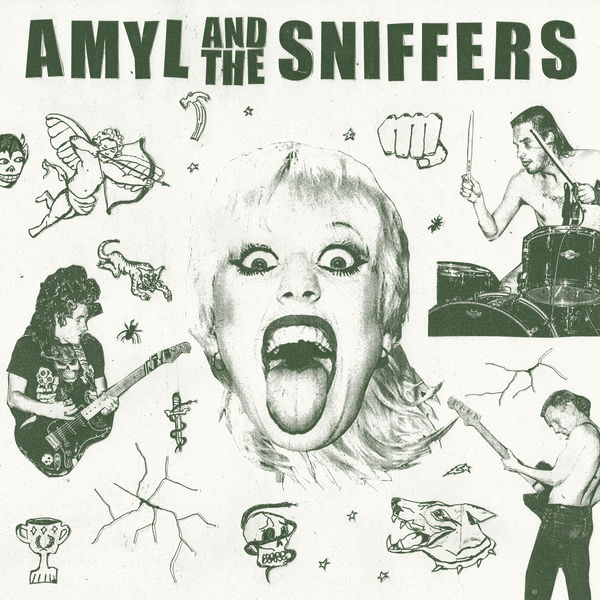 The debut album from Amyl and the Sniffers is the sound of 21st century Australia recorded in Sheffield with producer Ross Orton. It’s primal and explosive with a love of glam, the ’70s Sharpie movement and good time rock ‘n’ roll backed with lyrics that somehow are simultaneously bleak and nihilistic, yet humorous and celebratory. The album is full of beefy riffs and stomping drums that rage and roll and live up to all the hype. It has attitude, sass and Amy’s sore throat howl.

The most exciting punk band of recent years continues their well-deserved rise. After Big Attraction & Giddy Up, released in May 2018, and the opening parts of King Gizzard, this mulletted scruffy bunch led by baby doll Amy Taylor release an eponymous 11-track opus. In other words, the Australians are taking it a step further: punk inspired by 70’s-style Cosmic Psychos with violent guitars, disheveled production with both pretty and disgusting lyrics. It exudes the sweat and electric heat of rooms drowned in beer. Recorded in England with Joey Walker from King Gizzard, this album released with Flightless Records captures all the intensity of their energetic and frank live performances, while keeping it suitably intimate.  – Charlotte Saintoin