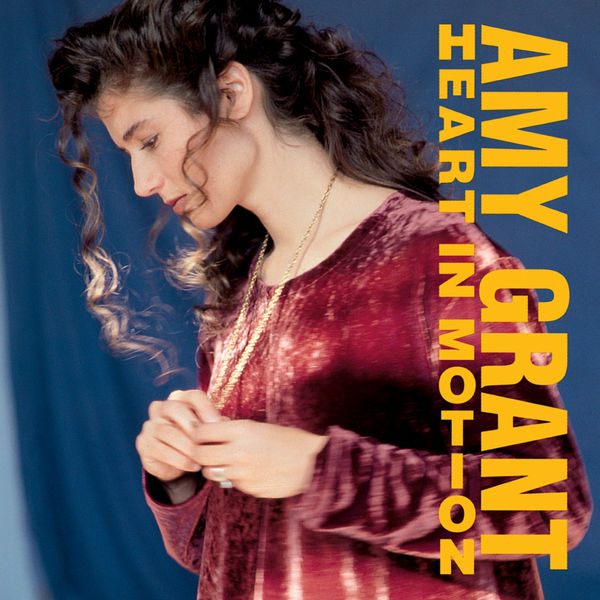 Highly popular, and until now scarcely available, this album has been newly restored and digitally remastered. Amy Grant is the biggest selling artist in Christian Music history and one of the most celebrated artists in pop music with 16 Billboard hits, six Grammy Awards, nine platinum/platinum-plus awards and nine gold awards.

“In the late ’70s and early 80s, Amy Grant enjoyed little exposure outside of Christian circles. But that started to change in the mid-’80s, when A&M promoted her aggressively in the secular market. And in the ’90s, secular audiences accounted for the vast majority of her sales. Christians were hardly the only ones buying Heart In Motion, one of Grant’s biggest sellers. Even though she wasn’t beating listeners over the head with her beliefs, Grant’s wholesome, girl-next-door image was a big part of the appeal of perky pop-rock offerings like “Every Heartbeat,” “Galileo” and the major hit “Baby Baby.” And it’s certainly a key element of another huge single from the album, the idealistic ballad “That’s What Love Is For.” Grant was a major star, and best of all, she wasn’t acting like one.” (Alex Henderson, AMG)