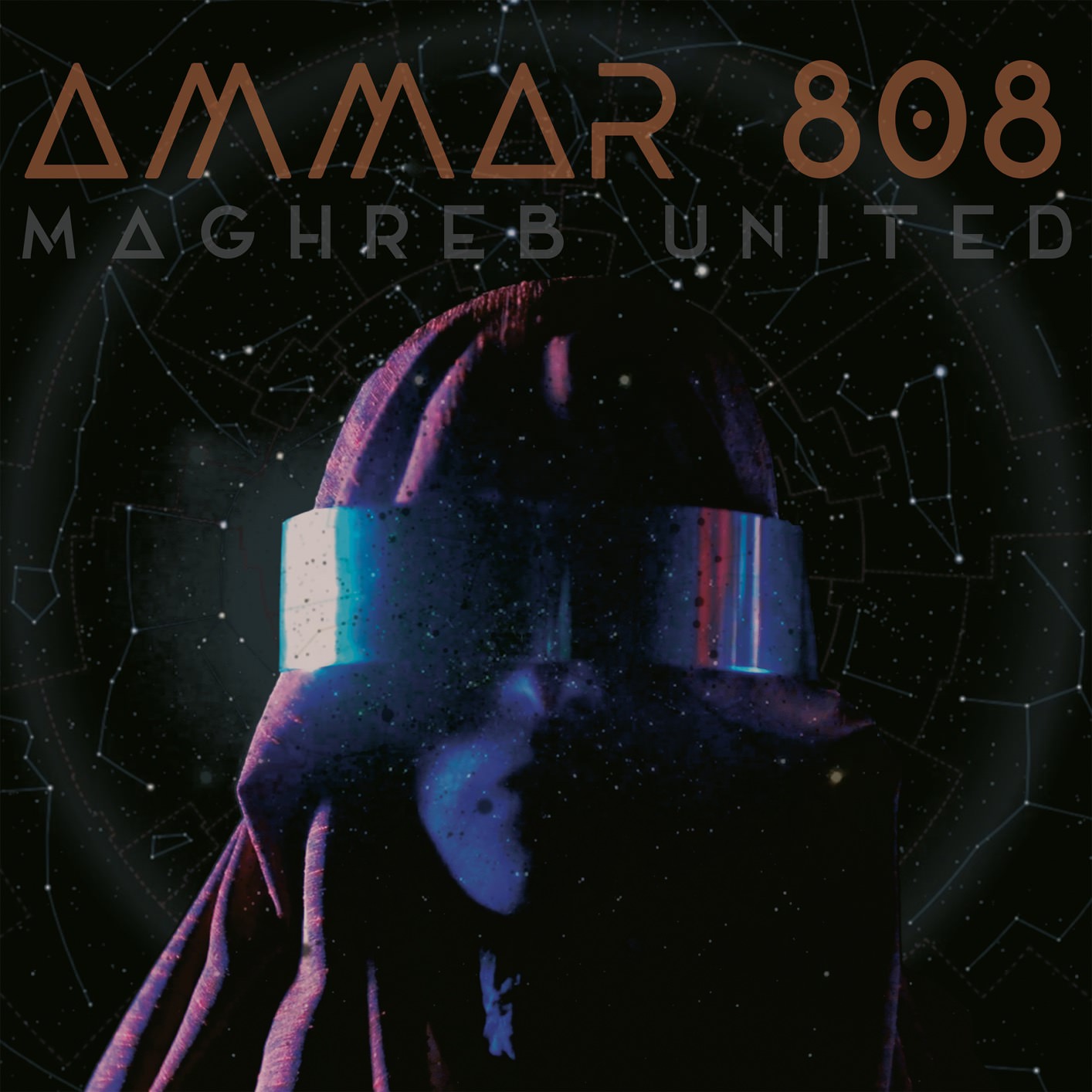 An escapee from the collective Bargou 08, Tunisian electro musician Sofyannn Ben Youssef took on the pseudonym Ammar 808 to release his hair-raising first album. As with 808 State, English pioneers of the Manchester acid movement, the name is a reference to the legendary TR 808 drum machine, which was the pride of any electro or hip-hop producer’s arsenal in the late 1980s and early 1990s. And while this machine teams up with traditional North African instruments (guembri lute, gasba flute, zukra pipes), it doesn’t impose a dominant retro feel on the album. The crafty producer has also brought along a few of the most remarkable voices of the North African scene: his compatriot Cheb Hassen Tej (Ichki lel Bey, El Bidha Wessamra), the Moroccan Mehdi Nassouli (Boganga & Sandia, Layli), found here alongside Titi Robin, and the Algerian Sofiane Saïdi (Zine Ezzine), with whom Ammar 808 pursues a fruitful dialogue, which was begun in the company of Mazalda on the very winning album El Ndjoum. Ammar 808 lines up covers of traditional pieces, but dresses them in futurist combinations. Already excited by the good surprises thrown up by the electro chaabi movement, and by the Acid Arab collective, this Maghreb United shows that in the aftermath of the Arab Spring, clubbers will still be filling the dancefloors. – Benjamin MiNiMuM