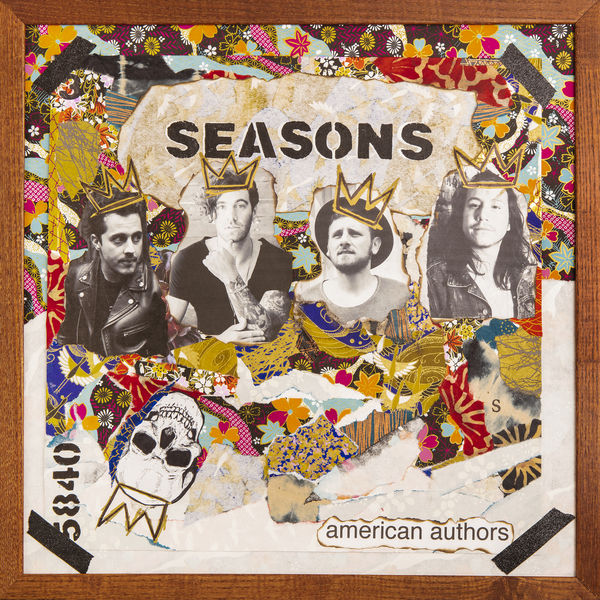 Brooklyn-based multi-platinum group American Authors, whose infectious breakthrough “Best Day Of My Life” became the lynchpin to over 1.7 billion combined global audio streams over their last two albums, have completed their long-awaited third studio album, Seasons, due out February 1, 2019, via Island Records.
Seasons was recorded with veteran producers Cason Cooley (Ingrid Michaelson) and Trent Dabbs(Kacey Musgraves, TV’s Nashville) in a mountainside studio 20 minutes outside Nashville. Surrounded by woods and overlooking nature, the album takes its title from experiencing all four seasons of Tennessee weather during the recording sojourn, from winter snow to summer sun. Simultaneously, American Authors embraced formative ’90s influences, from alternative stalwarts like Weezer and Nirvana.

“I want people to see a different side of American Authors,” Zac Barnett says of Seasons. “I hope they realize there’s a message of hope, but it’s transmitted in a new and more exciting way for our band. Growing up, listening to my favorite artists helped me through so many hard times. It was the best therapy. I’ve seen fans take that away from our music in the past, and I hope they continue to do so. That’s the ultimate goal for us.”

Tracklist
1 Stay Around
2 Say Amen [feat. Billy Raffoul]
3 Calm Me Down
4 I Wanna Go Out
5 Neighborhood [feat. Bear Rinehart of NEEDTOBREATHE]
6 Can’t Stop Me Now
7 Deep Water
8 Bring It On Home
9 Before I Go
10 Real Place