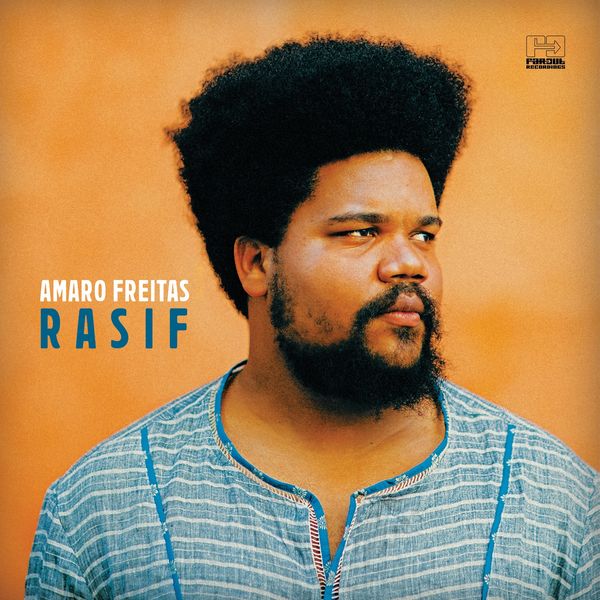 In the sweltering North-Eastern Brazilian state of Pernambuco lies the coastal city of Recife, where Amaro Freitas is pioneering the new sound of Brazilian jazz. For the prodigious young pianist, the spirit of his hometown runs deep. From the Afro-Brazilian maracatu born on the sugar plantations of slavery, to the high intensity carnival rhythms of frevo and baião, Amaro’s heavily percussive approach to jazz is as indebted to these Pernambuco traditions as it is to Coltrane, Parker and Monk.

As with many of the greats before him, Amaro began playing piano in church aged 12, under the instruction of his father, leader of the church band. As his natural talents became obvious, the young prodigy quickly outgrew his father’s instruction. He won a place at the prestigious Conservatório Pernambucano de Música but had to drop out as his family could not spare the money for the bus fare. Undeterred, Amaro gigged in bands at weddings and worked in a call centre to fund his tuition. The transformative moment came at age 15 when Amaro stumbled across a DVD of Chick Corea concert, “he completely blew my mind, I’d never seen anything like it but I knew that’s what I wanted to do with a piano”.

Despite not actually owning a piano, Amaro devoted himself to studying day and night – he would practice on imaginary keys in his bedroom, until eventually striking a deal with a local restaurant to practice before opening hours. By the age of 22 Amaro was one of the most sought-after musicians in Recife and resident pianist at the legendary jazz bar Mingus. It was during this time he met and begun collaborating with bassist Jean Elton and the pair went in search of a drummer. “We kept hearing about this crazy kid who was playing in 7/8 or 6/4, we knew we had to meet him”. Hugo Medeiros joined, and the Amaro Freitas Trio was born.

“I want to show the simplicity of music, to break the stigma that the piano is for a particular social class. Yes, it’s a difficult instrument, which many people do not have access to, but with it you can express everything.”
Following his critically acclaimed debut album Sangue Negro (black blood), the title of his sophomore release Rasif is a colloquial spelling of Amaro’s hometown. A love letter to his native northeast, Amaro explores its traditional rhythms through the jazz idiom, employing complex mathematical patterns reminiscent of some of the most challenging works by fellow Brazilian masters Hermeto Pascoal, Egberto Gismonti and Moacir Santos.