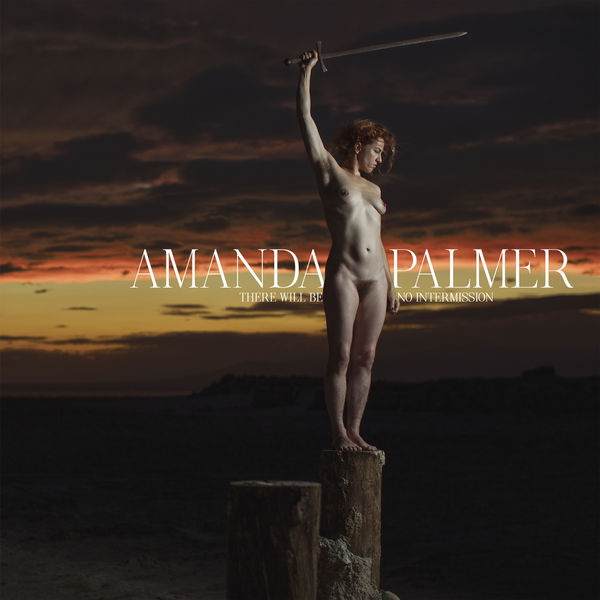 Amanda Palmer has announced a new album: There Will Be No Intermission is out on March 8, 2019, which is International Women’s Day. Today, she’s shared the LP’s first single “Drowning in the Sound.” The original demo of the track was released in 2017 to support the victims of Hurricane Harvey in Texas.

In a statement, Palmer said, “I feel more urgency than ever to share the naked truth of my experiences.” She continued, “The kind of stories that I’m sharing on this record—abortion, miscarriage, cancer, grief, the darker sides of parenthood—have been therapeutic and frightening to write. But every time I play them for my friends and fans, the nodding heads of empathy have lit a fire under my ass to record and release them.”

Palmer’s new record was produced by John Congleton and features contributions from frequent collaborators Jason Webley and Jherek Bischoff, keyboardist Max Henry, and drummer Joey Waronker. Along with the record, Palmer is sharing a companion portfolio, also titled There Will Be No Intermission. Made with art-team Kahn & Selesnick, it features photographic portraits of Palmer and her husband, author Neil Gaiman.

Amanda Palmer isn’t one for small gestures. Ever since her early days in the punky Dresden Dolls, the singer/songwriter favored grand theatricality, but that tendency reaches its full flower on There Will Be No Intermission, her third album and first solo effort since 2012’s Theatre Is Evil. Palmer didn’t keep quiet in the interim between these two records — collaborations in particular abounded — but given this is her first set of songs in seven years, it would seem this would be a clearinghouse of long-festering ideas. Instead, There Will Be No Intermission is attuned to the moment, an album that attempts to sort through the chaos of 2019, particularly the reckoning engendered by the rise of #MeToo. Palmer views all this turmoil through an individualized perspective that isn’t especially restrictive. Operating from the assumption that her personal observations carry universal wisdom, Palmer writes with proud pomp and circumstance, puffing up two songs past ten minutes (“The Ride,” “A Mother’s Confession”), but never dipping below the five-minute mark. Fleeting instrumental interludes function as palate cleansers between these opuses, which are often anchored in her piano and voice. Even when the arrangements are heightened, as they are with a conventional rock band on “Drowning in the Sound” or strings on “Voicemail for Jill,” the album is designed to make the listener lean into Palmer’s elliptical verses. Abandoning sculpted hooks for rambling poetry is a canny move by Palmer: it forces attention on the lyrics, since the rest of the record feels deliberately amelodic, with the emotional payoffs arriving via surging crescendos. As such, There Will Be No Intermission is an album designed to demand attention, even if it doesn’t necessarily command it — it’s too obtuse and willful for that. ~ Stephen Thomas Erlewine

Tracklist:
1. All The Things
2. The Ride
3. Congratulations
4. Drowning In The Sound
5. Hold On Tight, Darling
6. The Thing About Things
7. Lifeâs Such a Bitch Isnât It
8. Judy Blume
9. Feeding The Dark
10. Bigger On The Inside
11. There Will Be No Intermission
12. Machete
13. You Know The Statistics
14. Voicemail For Jill
15. Youâd Think Iâd Shot Their Children
16. A Motherâs Confession
17. Theyâre Saying Not To Panic
18. Look Mummy, No Hands
19. Intermission Is Relative
20. Death Thing