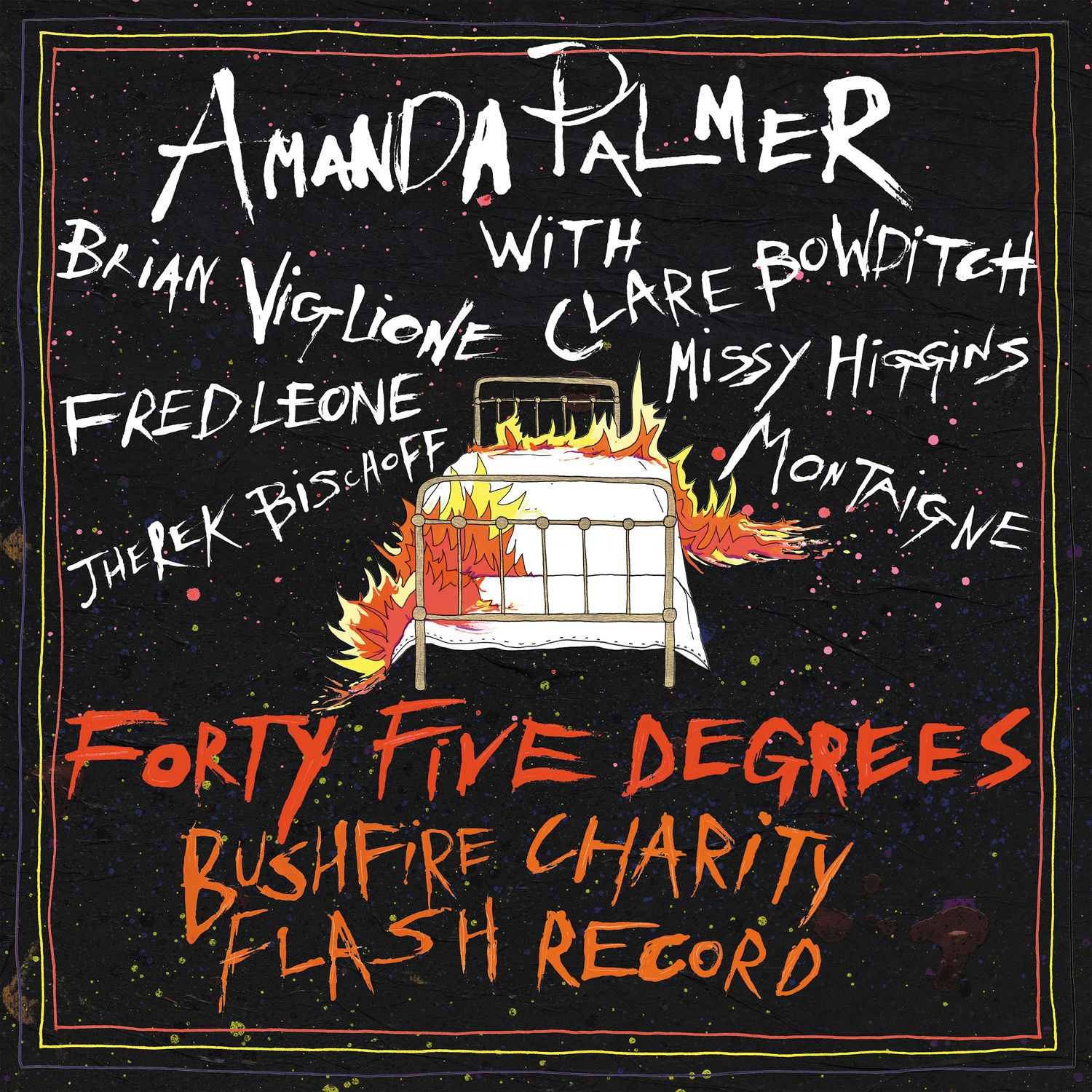 US musician, author and activist Amanda Palmer has announced Forty-Five Degrees: A Bushfire Charity Flash Record set for release on Friday, February 21. Recorded in just five days, the album is an immediate response to the ongoing bushfire crisis plaguing Australia with all proceeds going to Firesticks Alliance; an Indigenous led network re-invigorating and teaching cultural burning and land management.

Forty-Five Degrees: A Bushfire Charity Record came together at a dizzying pace between tour dates at Sing Sing Studios in Melbourne with the help of Missy Higgins, Montaigne (singing on “Truganini”), Clare Bowditch (singing on “Black Smoke”) and Fred Leone (playing didjeridoo on “Solid Rock”) who dropped everything to be in the studio and lend their talents to the effort. The album also sees Amanda reunite with Brian Viglione of The Dresden Dolls who plays drums across several tracks and long-time Palmer-and-Higgins collaborator Jherek Bischoff providing guitar and both electric and upright bass. The album was helmed by local engineer Anna Laverty and produced by Amanda with Ross Cockle on mastering duties. The artwork was created specifically for the project by newly-minted Australian citizen Sarah Beetson.

Every song has ties to Australia, but it doesn’t stop there: each song is also deeply political. Featuring a new original song, “Suck It Up, Buttercup”, penned in Tasmania after a Mona Foma residency in a confessional booth during which Palmer spoke with over 100 people in Launceston about their fears and histories of abuse, the album also contains covers of songs by Midnight Oil, Ted Egan, Jen Cloher, Goanna and Emily Wurramarra. Most songs were suggested by Amanda’s Patreon community who inspired the emergency effort.

“My ability to move and work fast is made possible by 15,000 full-time supporters on my Patreon crowdfunding page. As the bushfires hit global headlines, many of my patrons reached out and wanted to know if we could collectively help the cause, given that I was touring here,” says Amanda.