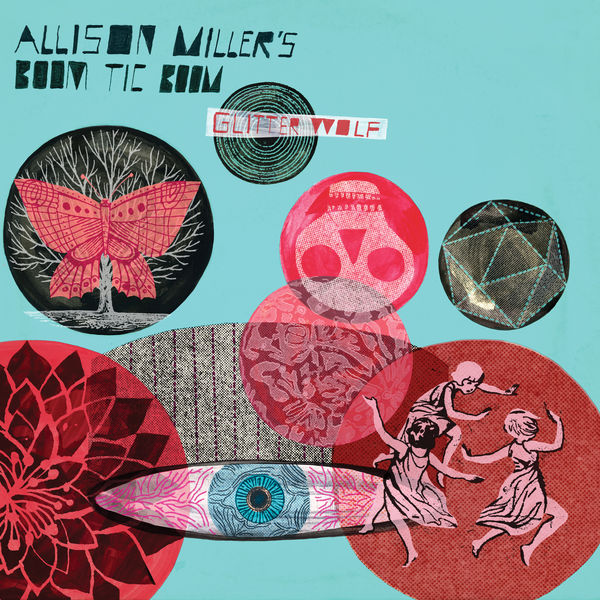 Hailed by Downbeat as one of the top 20 jazz drummers, Allison Miller marries her love of composition, drumming, and community in the form of her critically acclaimed band, Boom Tic Boom. Described as cinematic chamber jazz, this leading-edge sextet’s music featuring Jenny Scheinman on violin, Myra Melford on piano, Kirk Knuffke on cornet, Ben Goldberg on clarinet, Todd Sickafoose on bass, and Miller on drums- is at turns challenging and accessible, teasing and tough, virtuosic but never overbearing, and always grooving. Miller’s compositions reflect her diverse musical upbringing and versatile palette and she aims to, in true collective spirit, highlight each member of the band.

This year marks Boom Tic Boom’s 10 year anniversary and they will be celebrating with the release of their 5th album on Royal Potato Family. The band has evolved over the years developing a truly unique sound. The current material is full of surprises and has been described as a celebratory genre-busting organic mash up of Bach, clave, klezmer, and the Jazz Messengers.

Following two years of extensive touring, drummer Allison Miller brings a sense of road-tested swagger and global inspiration to her fourth Boom Tic Boom album, 2019’s vibrant Glitter Wolf. Recorded at Fantasy Studios in Berkeley, California with producer and longtime friend Julie Wolf, Glitter Wolf finds Miller further coalescing many of the cross-pollinated rhythms and harmonic ideas that have informed her and the band’s music since their eponymous 2010 debut. Once again joining the drummer are bandmates bassist Todd Sickafoose, pianist Myra Melford, violinist Jenny Scheinman, clarinetist Ben Goldberg, and cornetist Kirk Knuffke. Together, they play an investigative style of modern creative jazz that touches upon a bevy of stylistic influences and allows for plenty of improvisation and group interplay. Adding to this interplay is producer Wolf, who is connected to Miller via their work with singer/songwriter Ani DiFranco, and who brings an ear for balancing a studio-perfect performance with a live, rootsy electricity. Much of this balance is due to Miller’s deft rhythmic and compositional skills. From the start, there is a feeling that Glitter Wolf is the kind of album John Coltrane or Charles Mingus might have recorded after a long trip to Cuba, Europe, or Israel. The boundary-crossing identity of “Congratulations and Condolences,” with its rolling desert caravan groove, open piano chords, and klezmer-sounding melody perfectly sets the tone for what’s to come. Miller next launches into a swaggering, Tony Williams-like drum volley on “The Ride,” kicking off a song that’s equal parts New Orleans second-line parade and traffic jam. Equally hybridized tracks follow including “Malaga” with its kinetic Cuban montuno-crossed-with-R&B-groove and lyrical accordion overlay, and “Welcome Hotel,” which combines gypsy jazz jauntiness with a contemporary edge. Similarly, “White Wolf” crosses sparkling, Maiden Voyage-era Herbie Hancock modalism with Sephardic improvisatory spirals from Goldberg and Scheinman. We also get the folky, Eastern European lyricism of “Vine and Vein” in which Knuffke, Goldberg, and Scheinman dance around each other as if in a shared reverie. The result is an album that feels like a well-planned road trip to a country you’ve never visited before: deeply thought-out and composed, but never predictable. ~ Matt Collar