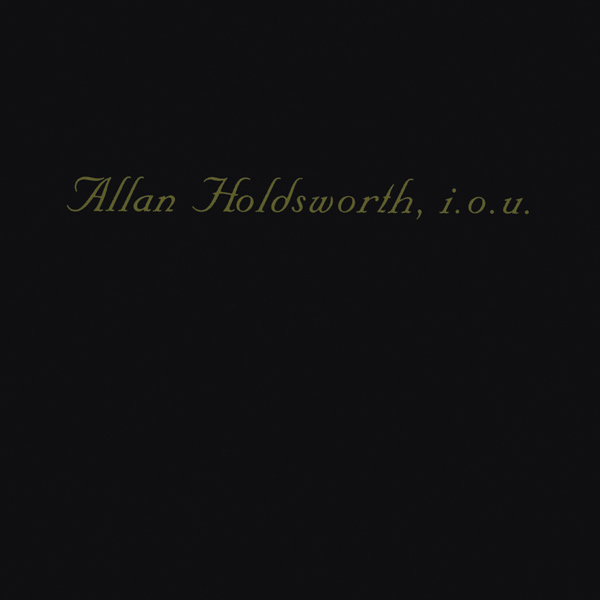 His first authorized solo LP, 1982’s I.O.U. from influential jazz fusion guitarist Allan Holdsworth has been remastered for this reissue, part of a series of 12 of his solo albums originally released between 1982 and 2003.

After the train-wreck disaster of Holdsworth’s first solo release, the infamous Velvet Darkness, it wasn’t until three years later that he reconsidered doing a real solo release versus the earlier ripoff of an authorized studio mishmash product he suffered. So in 1979 he recorded I.O.U. on a wing and a prayer and loans (ergo, an IOU recording project). With his very successful stints with other groups in the intervening time period, such as UK and Bruford, Holdsworth’s guitar prowess and name were clearly on the map. Holdsworth now needed to be the leader he clearly was and thus release an official solo record. The real Allan Holdsworth unleashed is at last revealed on I.O.U. in his original compositions and well-crafted soloing, versus being merely part of a group and forced to stay within certain boundaries of other bandmates’ design. I.O.U., as a solo release, is high-quality jazz fusion interplay, offering emotive compositions, ethereal guitar atmospherics, complex chordal progressions, and intense legato explosions of guitar that set the standard for many guitarists to come. There is no acoustic guitar this time, but a wee bit of Holdsworth on violin appears in one song. –AllMusic Review by John W. Patterson