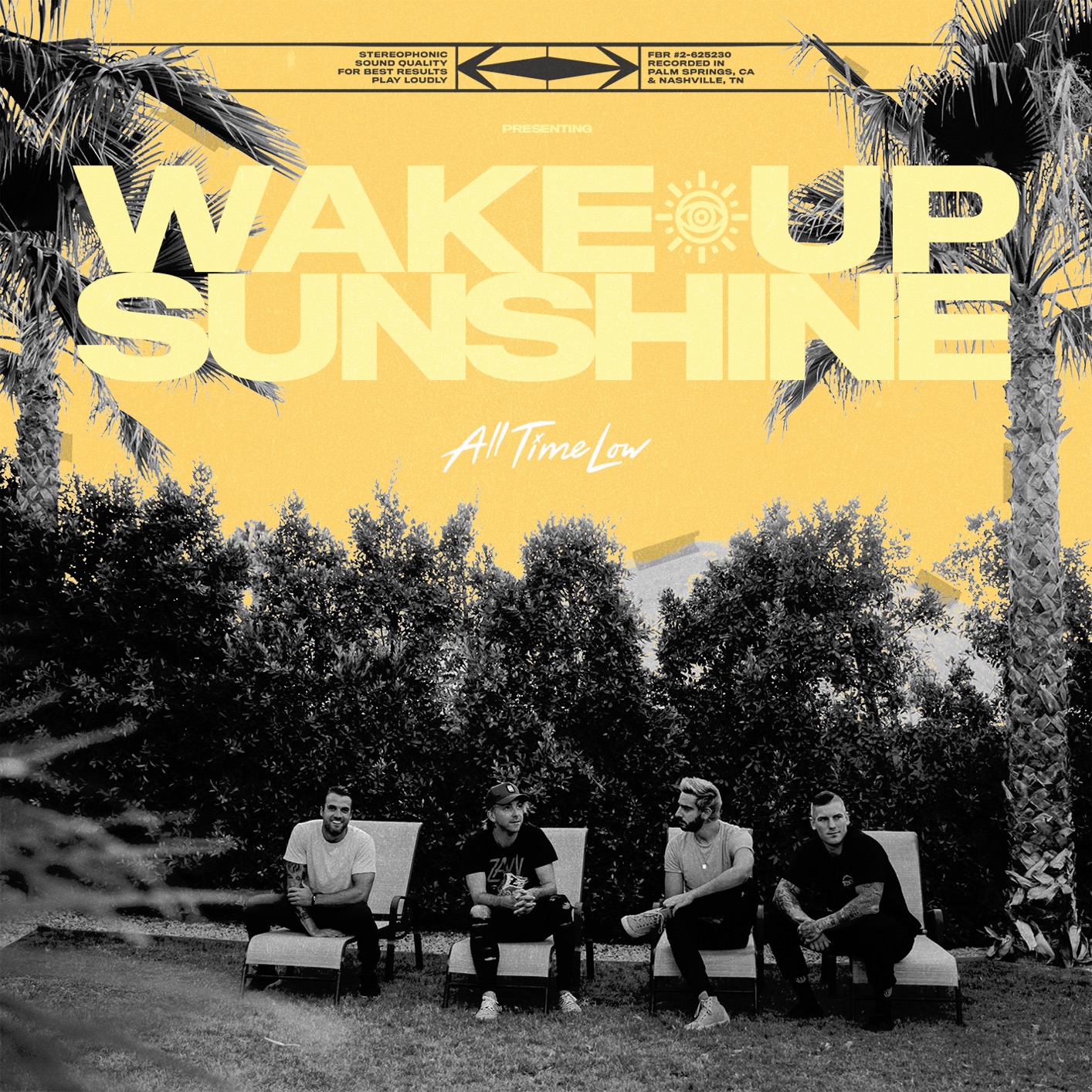 After building anticipation for new music and selling out tour dates across North America, All Time Low have announced that they will release their new full-length album, WAKE UP, SUNSHINE.

The group went back to the basics (and the basement) for WAKE UP, SUNSHINE. Throughout 2019, the four musicians—Alex Gaskarth [vocals, guitar], Jack Barakat [guitar, vocals], Zack Merrick [bass, vocals], and Rian Dawson [drums]—congregated together in Nashville at Rian’s studio and at a Palm Springs rental house. Face-to-face, they wrote and recorded the 15-song affair joined by co-writer, producer, and collaborator Zakk Cervini.

“We got back to how we started,” commented Alex. “It had been a long time since the four of us made a record under one roof. That became a central theme. We’ve been a band for 17 years. Everybody brought something to the table. A lot of what you’re hearing came from those magic moments together.” Jack concurred, “I think we accomplished something special. By putting our four heads together, we were able to make a classic All Time Low album.” WAKE UP, SUNSHINE distills two decades of experience into a definitive and dynamic body of work for the band. Welcoming new collaborators into their world, the forthcoming album sees All Time Low teaming up with blackbear on “Monsters” and The Band CAMINO on “Favorite Place”