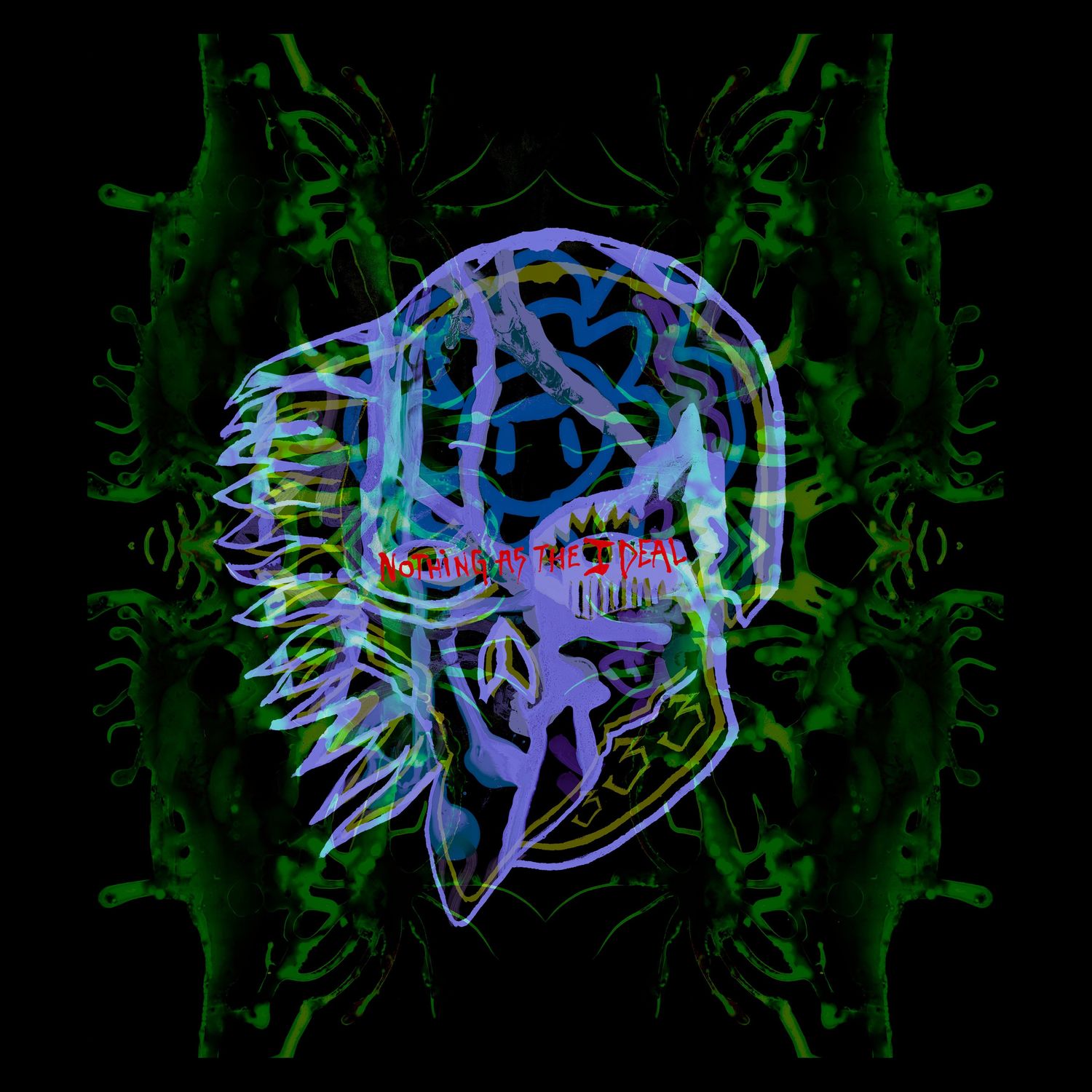 All Them Witches have built a career out of playing music that can not be pigeonholed into one specific genre. Nothing as the Ideal was recorded in Studio 2 at the world famous Abbey Road with the help of longtime mixing engineer Mikey Allred. The history and vibe of that setting laid the groundwork for what was to come. The band’s signature psychedelic blues riffs, relentless drums, melodic bass lines and non-linear lyrics are all present. The resulting album is a thought provoking head banger that is the band’s most cohesive album to date.

The sixth studio effort from the mercurial Nashville psych-rockers, Nothing as the Ideal sees All Them Witches reunite with Dying Surfer Meets His Maker producer Mikey Allred for a bold and bracing collection of songs that plays to all of their strengths. Paired down to a trio after the departure of keyboard player Jonathan Draper, the band have crystallized their signature amalgam of improvisation and songcraft into an exclamation point where every soaring lead, snare crack, and mechanical whirr feels essential. Recorded at Abbey Road in London, the eight-track set makes good use of the legendary studio’s analog infrastructure, peppering the proceedings with fragmented loops and rewinding reels, all the while maintaining a radiant classic rock core. It’s also the group’s heaviest outing to date. Bruising opener “Saturnine & Iron Jaw” arrives via a wash of wheezy electronics before locking into a meaty Kyuss-meets-Masters of Reality groove. The propulsive “Enemy Is My Enemy” follows suit, peddling its Sabbathy wares with precision and sonic might, while the nearly ten-minute “See You Next Fall” emerges from its Twin Peaks fever dream of an intro into a burly existential blues odyssey fleshed out by some truly wonderful guitar work and a trippy drum solo finale. ATW have always maintained an impressive command of atmosphere, and the immersive Nothing as the Ideal is no exception, with the hymn-like instrumental “Everest” and the eerie mountain-folk fable “Children of Coyote Woman” (a callback to a pair of cuts from 2013’s Lightning at the Door) conjuring mood with shamanistic prowess. “Rats in Ruin,” which feels like an omnibus of everything that precedes it, closes the album in spectacular fashion, delivering a ruminative stadium-sized waltz that descends into a droning musique concrète-inspired midsection, before reassembling itself as a Category 5 hurricane intent on making landfall in the nosebleed section. – James Christopher Monger