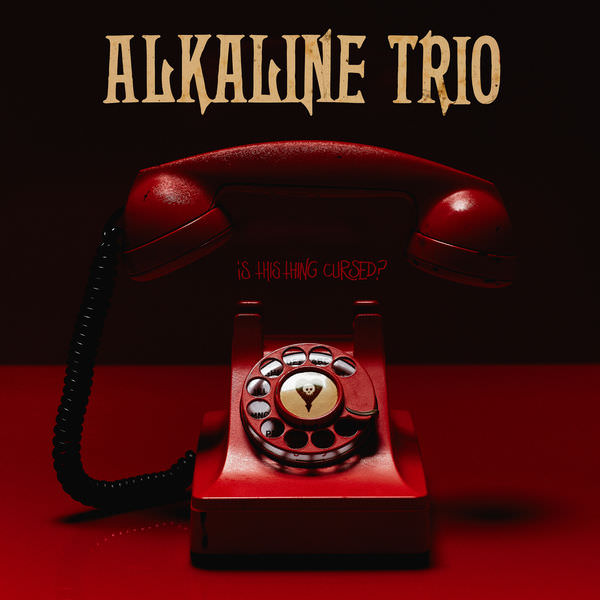 Is This Thing Cursed? is the upcoming ninth studio album by American punk rock band Alkaline Trio, set to be released on August 31, 2018 on Epitaph Records. Produced and mixed by Cameron Webb, the album was announced alongside the release of the lead single, “Blackbird”. It is their first release since 2013’s My Shame Is True, with its five-year gap being the longest between studio albums.

Vocalist and bassist Dan Andriano compared the recording process to that of the band’s early days, “the songwriting process is almost like what it was back in the day. We would just kind of write a song, be excited about it, then move on. We wrote in that spirit in the studio. I really feel like we made a record that the old school fans are going to dig.” The band also compared Is This Thing Cursed? to their second album, Maybe I’ll Catch Fire.

Themes and topics covered on the album include depression, the 2016 presidential election, the Access Hollywood tape, the band’s hometown of Chicago, and the Fyre Festival that vocalist and guitarist Matt Skiba was set to headline with Blink-182, but cancelled.