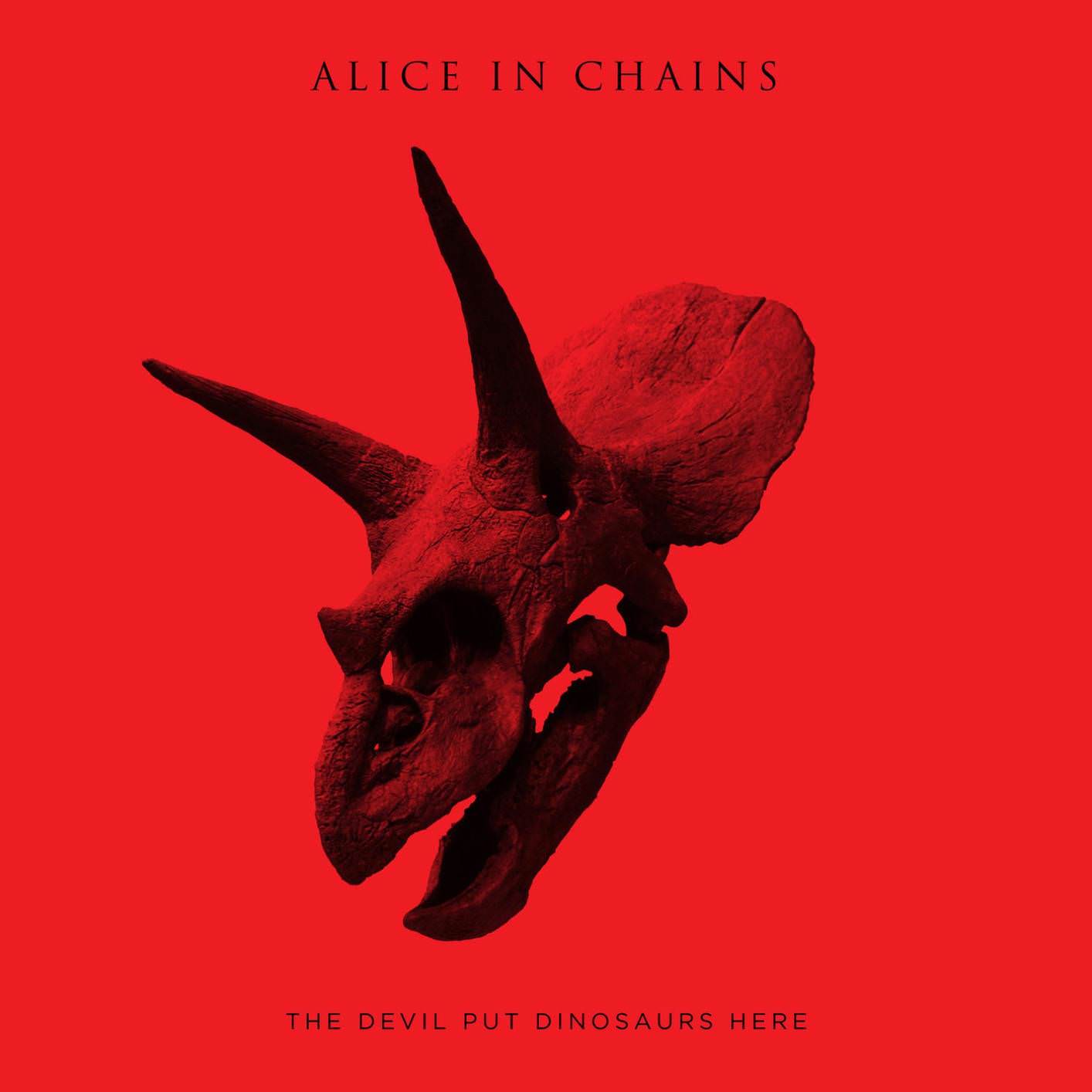 “The big task for Alice in Chains on their 2009 comeback Black Gives Way to Blue was to prove they could carry on battered and bruised, missing Layne Staley but still in touch with their core. They had to demonstrate the band had a reason to exist, and Black Gives Way to Blue achieved this goal, paving the way for another record just like it. Enter The Devil Put the Dinosaurs Here, a record that is pretty close to identical to Black Gives Way to Blue in its sound, attack, and feel. Where it differs is in the latter, as the overall album feels lighter and, at times, the individual songs do, too. “Scalpel” flirts with the acoustic bones of Jar of Flies and also has perhaps the richest melody here, working as a song, not a grind. That said, there is an appeal to that monochromatic churn, the kind AIC created on Dirt and haven’t let go of since. The lightness comes not from the songs – the tempos still drag their feet, the guitars mine a minor key, the harmonies are in fifths so they sound like power chords – but rather from the precision of the band’s attack and, especially, the production. This has a digital sheen that was missing even from Black Gives Way to Blue, and it gives the album an expansive feel, so the patented churn doesn’t seem quite so claustrophobic as before. Then again, perhaps that expansiveness is just a sign of age: Alice in Chains are now firmly entrenched in their middle age and settling into what they do best: retaining their signature without pandering and, tellingly, without succumbing to the darkness that otherwise defines them.”