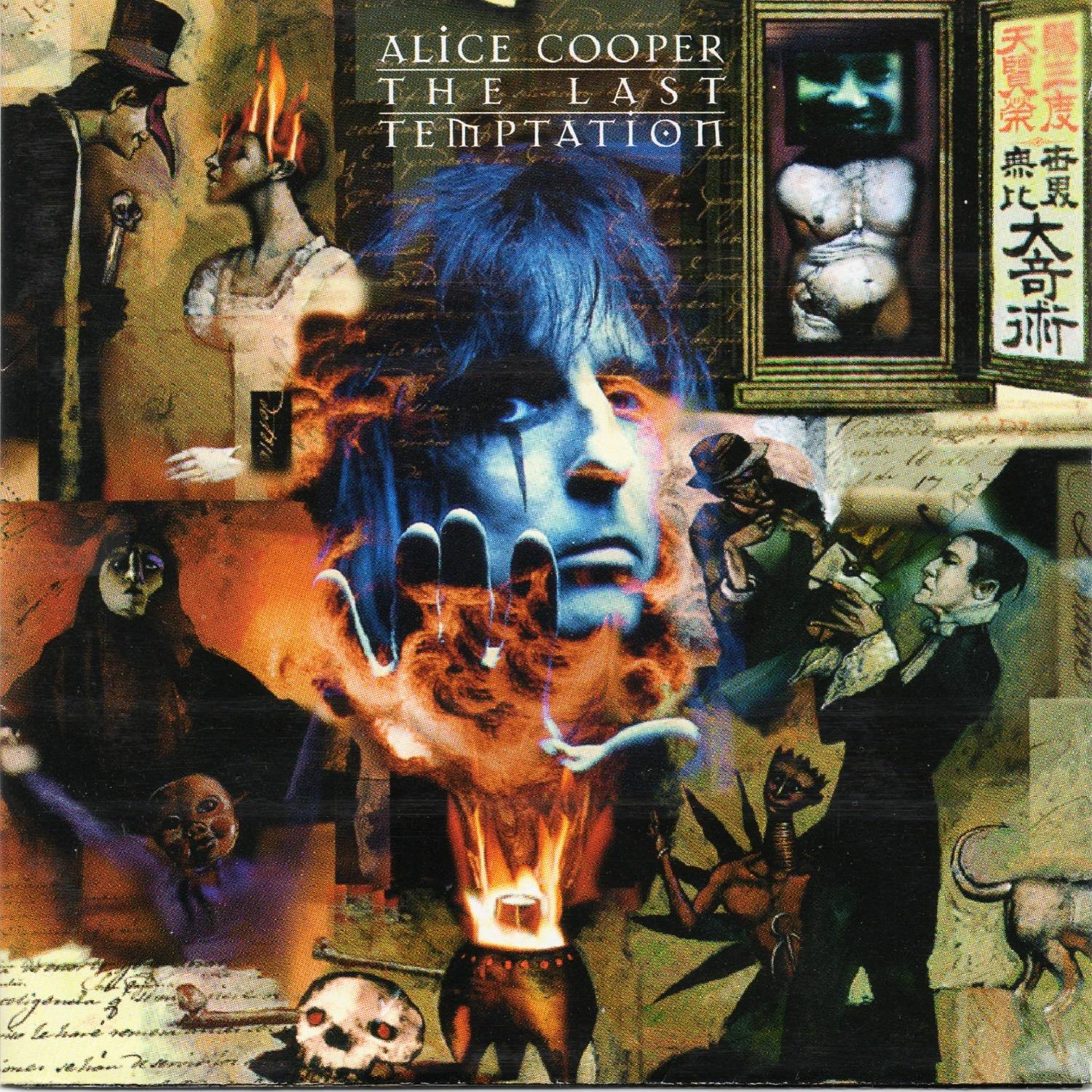 “The Last Temptation” is the 20th studio album by rock singer Alice Cooper, released in July 1994 via Epic Records. It centers on a boy named Steven (also the name of the protagonist in Cooper’s earlier work, Welcome to My Nightmare), and a mysterious showman. The showman, with apparent supernatural abilities, attempted with the use of twisted versions of morality plays to persuade Steven to join his traveling show, “The Theater of the Real – The Grand-est Guignol!”, where he would “never grow up”.

Though Alice Cooper’s 1989 comeback gave him his first hit album in over a decade, the Trash record left some diehard fans disappointed, as did 1991’s Hey Stoopid. Many listeners felt that Cooper had sold himself short, now completely focusing on sleazy sexual anthems, making him just another face in the heavy metal crowd. By the time The Last Temptation was released in 1994, the hair band fad that had fueled Cooper’s return was dead, and Cooper was obviously aware of its downfall – the album sounds almost nothing like its two predecessors. Instead of relating to such albums as Motley Crue’s Dr. Feelgood, Last Temptation seems more similar to Ozzy Osbourne’s No More Tears. Thematically, the record returns to mostly conceptual songs, such as “Nothing’s Free,” “You’re My Temptation,” and “Cleansed by Fire.” Though the album still has a few goofy interruptions, such anthems as “Lost in America” nonetheless boast more originality than anything off of Hey Stoopid or Trash. Far surpassing anything Cooper recorded in almost 20 years, The Last Temptation is unquestionably some of his best work.