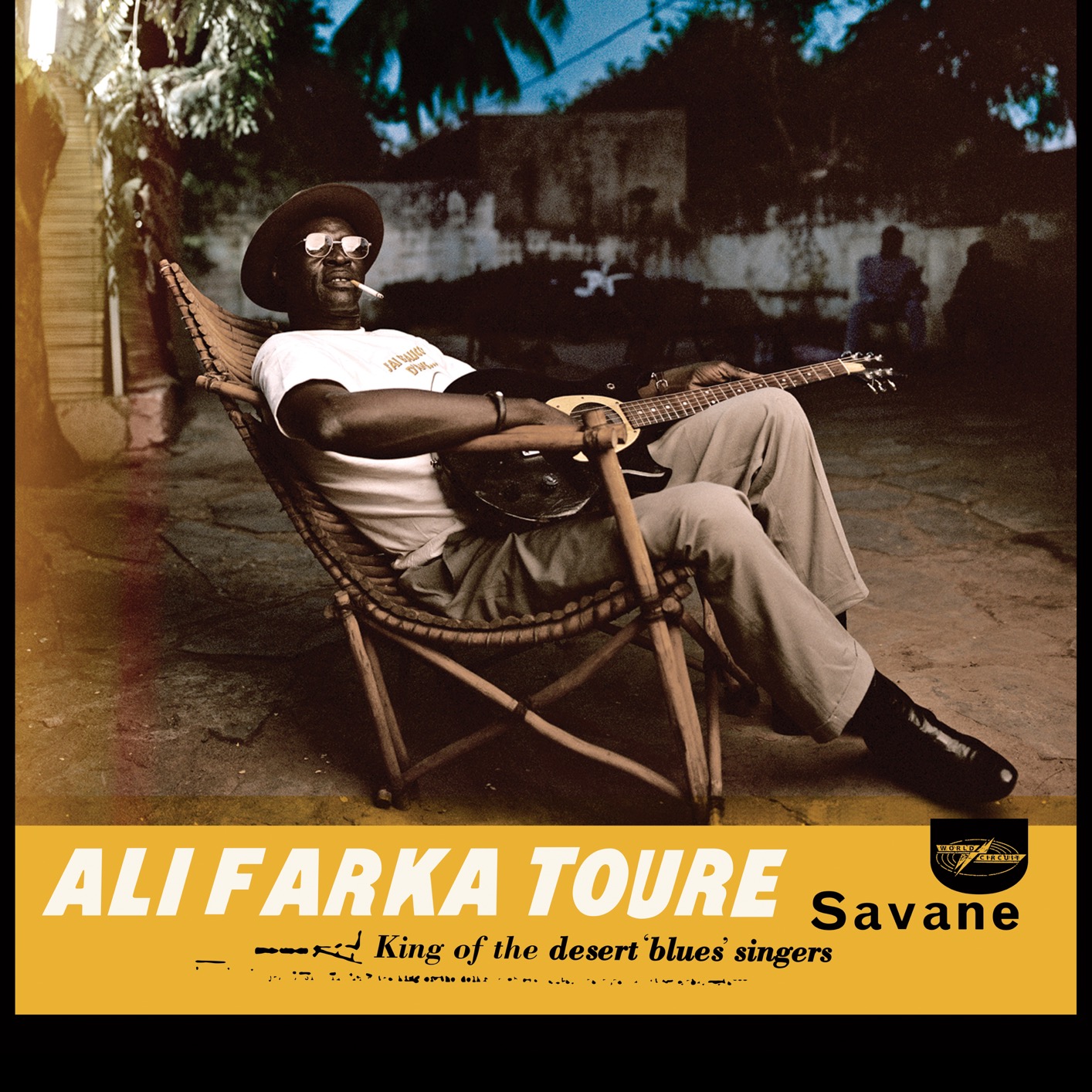 Toure recorded Savane in the Malian capital of Bamako, as part of a three-disc project dubbed the Hotel Mande Sessions, after the studio in which the albums were cut. Savane is the last, perhaps most eloquent, installment. In concept and execution, the sessions recall the magical combination of spontaneity and virtuosity that marked the debut releases from the Buena Vista Social Club. Toure offers reverberating, incantatory vocals to accompany his lean, hypnotically repetitive guitar lines.

The album was the third and final part of the Hôtel Mandé Sessions, alongside ‘In the Heart of the Moon’ and Toumani Diabaté’s widely acclaimed ‘Boulevard de l’Indépendance’. Featuring Touré and Toumani Diabaté, Savane was recorded by World Circuit head Nick Gold using a mobile studio that was set up in the “Toit de Bamako” conference room on the top floor of the Hotel Mandé overlooking the Niger River in Bamako, Mali. It was Nick Gold who had previously introduced Touré to Ry Cooder leading to the Grammy award-winning Talking Timbuktu, released in ’94 which sold 238,000 copies in the US and at least 100,000 copies throughout Europe.

For this particular album, the accompanying press release reveals how upon returning to his village in the desert north, Touré began writing for the record and assembled a traditional ngoni group featuring the virtuoso Bassekou Kouyaté. …‘Savane’ is Ali’s testament, a powerful reaffirmation of his umbilical link to Malian music and a potent reminder that the blues came from this part of Africa. The record occupied Ali right into his last weeks and he finally declared himself satisfied with it shortly before his death.

Acclaimed as his finest album, ‘Savane’ was nominated for a Grammy in the ‘Best Contemporary World Music Album’ category and remained at No. 1 on the World Music Chart for three months.