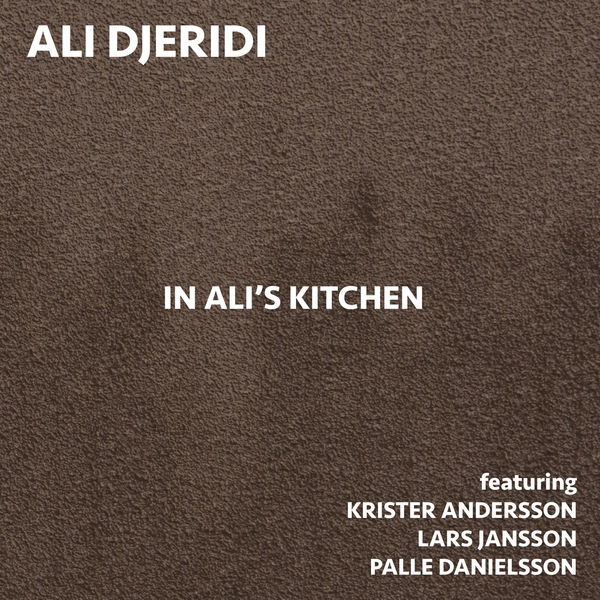 Drummer Ali Djeridi has performed with the elite players of Swedish (and international) jazz for more than 35 years as a freelance musician and has appeared on countless recordings as a sideman or group member, but In Ali’s Kitchen is his very first album release in his own name. For his album debut, Ali has scoured his immense contact book and selected the very best of Swedish jazz players, beginning with the jazz legend Krister Andersson, the Bernstein-praised star player who has received multiple music awards over the years, reckoned as one of the most luminous jazz greats of Sweden and Europe. Following is internationally acclaimed piano player Lars Jansson, a professor of jazz, whose lauded trio recordings and international collaborations have made him a household name overseas. Last but not least, we find another living legend of jazz, Palle Danielsson, whose track record is beyond words, having performed with global jazz stars such as Keith Jarrett, Michel Petrucciani and Bill Evans. With this powerhouse quartet setting, Ali Djeridi embarks on a musical journey through an appetizing smorgasbord of jazz evergreens, original compositions and even a Swedish folk song to boot, presenting a programme that is both lyrical, energetic and variational. Djeridi may be a later starter when it comes to releasing something in his own name, but all the more time has he spent honing his skills, writing and planning his music, selecting his team mates and perfecting their interplay, which can be impressively heard on this absolute masterpiece of a recording!