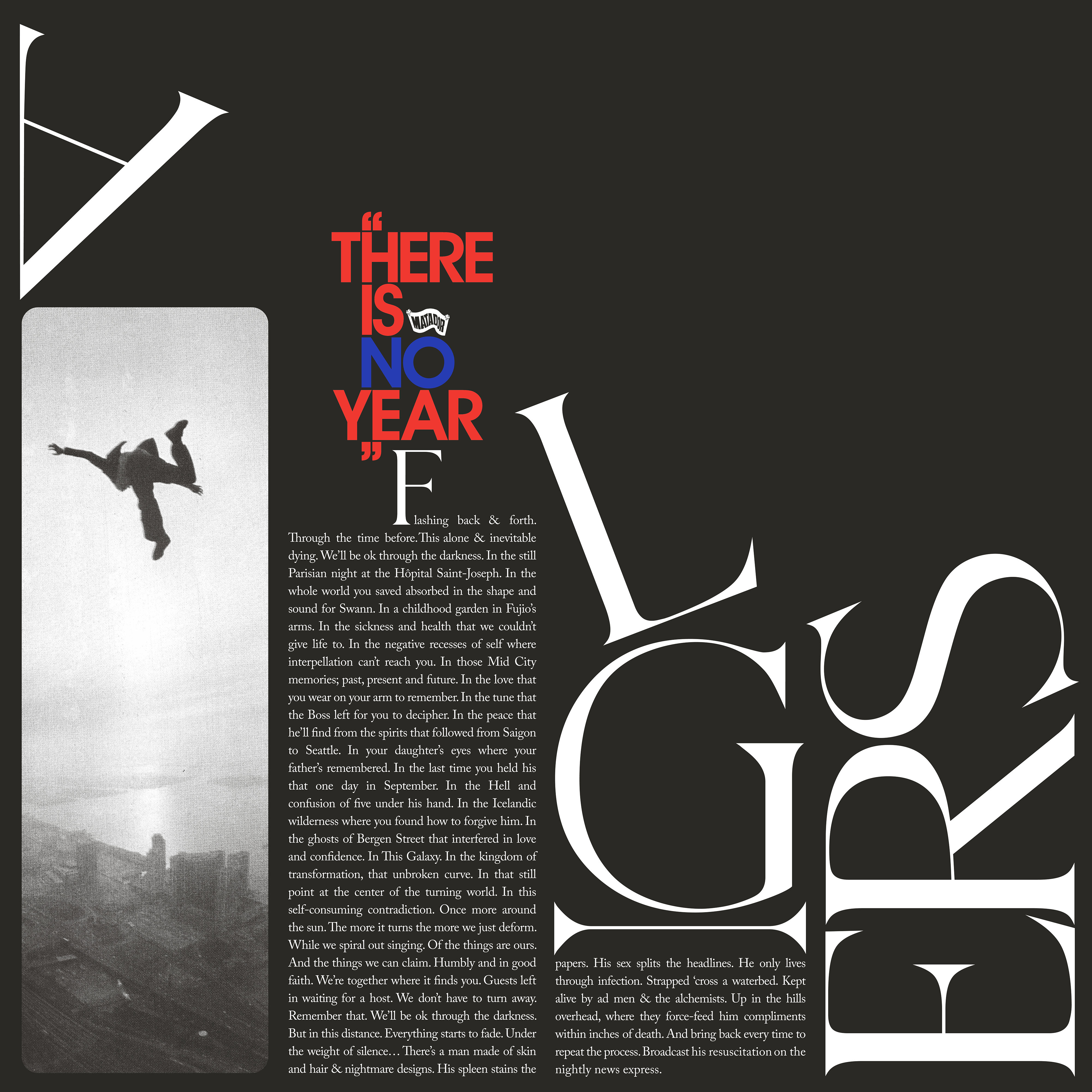 Algiers return in 2020 with third album ‘There Is No Year’, which will be released January 17th on Matador Records. ‘There is No Year’ solidifies and expands upon the doom-laden soul of their foundation, toward an even more epic, genre-reformatting sound, one somehow suspended in the amber of “a different era,” as described by guitarist Lee Tesche. This latest offering will be available on CD, standard LP (LP coming with a bonus 7” flexi).

There Is No Year, the third album by Atlanta-based Algiers, was co-produced by Randall Dunn and Ben Greenberg. It further extends the reach of their previous outings while offering a more strategically articulated, disciplined musicality without sacrificing their core sound or blunting their emotional impact. In a scalding gumbo of post-punk mania, mutant gospel, shambolic blues, and ravaged funk and soul, they add more grimy electronic and industrial elements to their attack. Pulsing synths and electronic, clattering, mechanized beats (recalling the manic approach of Suicide’s first album) introduce the opening title track. Vocalist/lyricist Franklin James Fisher begins testifying with an activist’s conviction and a soul man’s heart. His urgency offers keen, righteous social and cultural critique instead of indictment and judgment. A sax breakdown by guest Skerik pushes the margin. In “Dispossession” Fisher sings, “Run around/Run away from your America/While it burns in the streets/I been here standing on top of the mountain/Shouting down what I see…” atop a dramatic, rocking, gospel piano and the backing chorus (Latoya Kent and Kyle Kidd), which root his theme in rhythmically savvy cadences. Framing the dramatic tension, mayhem, and hard truth, Fisher turns it inside-out in the bridge, juxtaposing harsh reality and fervent hope: “…Seen the kings and the soldiers/Overthrown and consumed/Run and tell it to everybody underground/Freedom is coming soon….” On “Losing Is Ours,” Lee Tesche’s squalling, acid-drenched blues guitar meets dissonant synth, harsh noise, and Ryan Mahan’s processional piano as Fisher’s vocal soars above it all; Skerik’s horn once more adds an out-jazz dimension. “Chaka,” with Matt Tong’s rolling organic kit and mechanized drum machines, synth strings, and proto-industrial effects, amounts to Algiers offering murderous and original 21st century disco wed to post-punk electro and free jazz. “Wait for the Sound” is almost unbearably brittle; its crumbling electronics, droning psych guitar, and doomy synth toms build a rickety yet imposing pedestal for Fisher, who tensely articulates: “…. The streets all rain with fire/But we’re too old to run away….” A hummed and moaned choral backdrop recalls the Blind Boys of Alabama à la “Couldn’t Hear Nobody Prayin’” before a Gothic-sounding Wurlitzer confirms both ideological confusion and spiritual desire for deliverance. Closer “Void” commences with double-timed punk drums, noise, feedback, and blasting guitars, with Fisher singing fast enough to stay ahead of the roiling maelstrom; he subsequently drags the band into his fury. There Is No Year contains more textural and timbral elements than one can keep track of, but that doesn’t matter. These tight, explosive songs combine a refined poetic lyric approach in songwriting and arranging that’s every bit as urgent as the album’s two predecessors, yet it’s so emotionally charged, it leaves the listener breathless and exhausted, as well as compelled and excited. ~ Thom Jurek