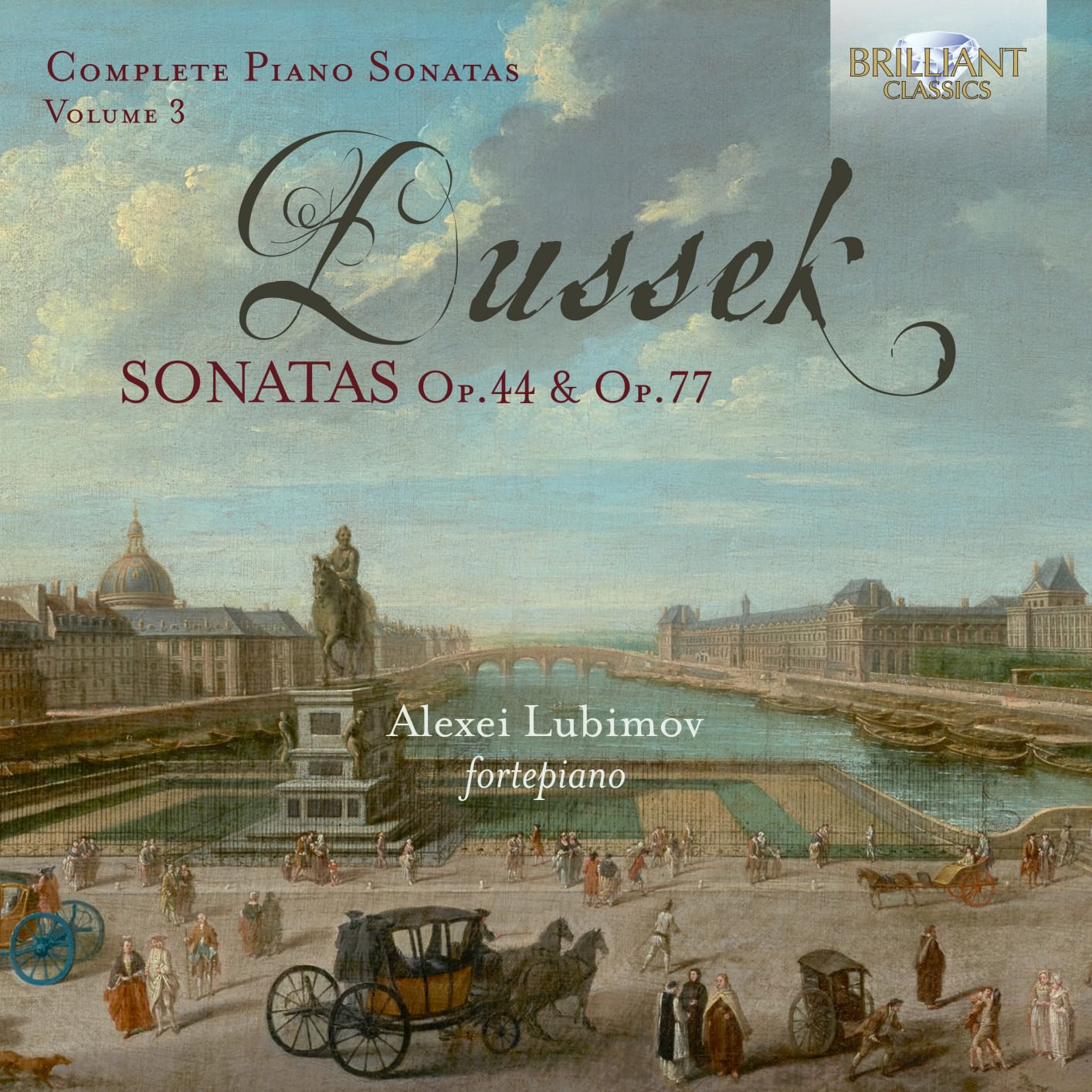 If you had to name the bridge between Beethoven and Schubert, it would have to be Dusek. Sadly, his lack of a local following – Beethoven, Mozart, Hayden, Schubert and Brahms all had adopted home towns to root for them, after all – has made him less of an obvious choice. Born in Lithuania, he went to live in St Petersburg, where he dodged deportation to Siberia by moving to Paris, where he dodged a revolutionary tribunal by fleeing to London, which he had to leave in a hurry in order to escape prison, winding up in Hamburg… And eventually he would find himself in Prague, and, finally, Paris, where he died at the age of just 52. For this third volume of his complete sonatas, Alexei Lubimov – playing a 1799 Longman-Clementi fortepiano – has chosen two monuments of his mature period: the 18th Sonata “L’Adieu” of 1800 and the staggering 28th Sonata “The Invocation” from 1812. These works reveal a Dussek who is anchored as much in the past – with Bach’s polyphonic rigour and an elegance of writing taken from Mozart and Hayden – as he is in the present, with the power of Beethoven; and indeed the future with impressive turns of harmonic and pianistic daring. His years spent with London’s Broadwood piano-makers, with whom he would work on many innovations, were clearly not in vain. Alexei Lubimov studied with Heinrich Neuhaus – the great Russian piano teacher – and at the start of his career specialised in the hyper-avant-garde of Boulez, Cage and Stockhausen, before turning towards period instruments, which he was the first to bring to the very conservative Moscow Conservatory. From the 1980s he was able to excite the interest of the whole Soviet musical world in the fortepiano, before developing a global career.