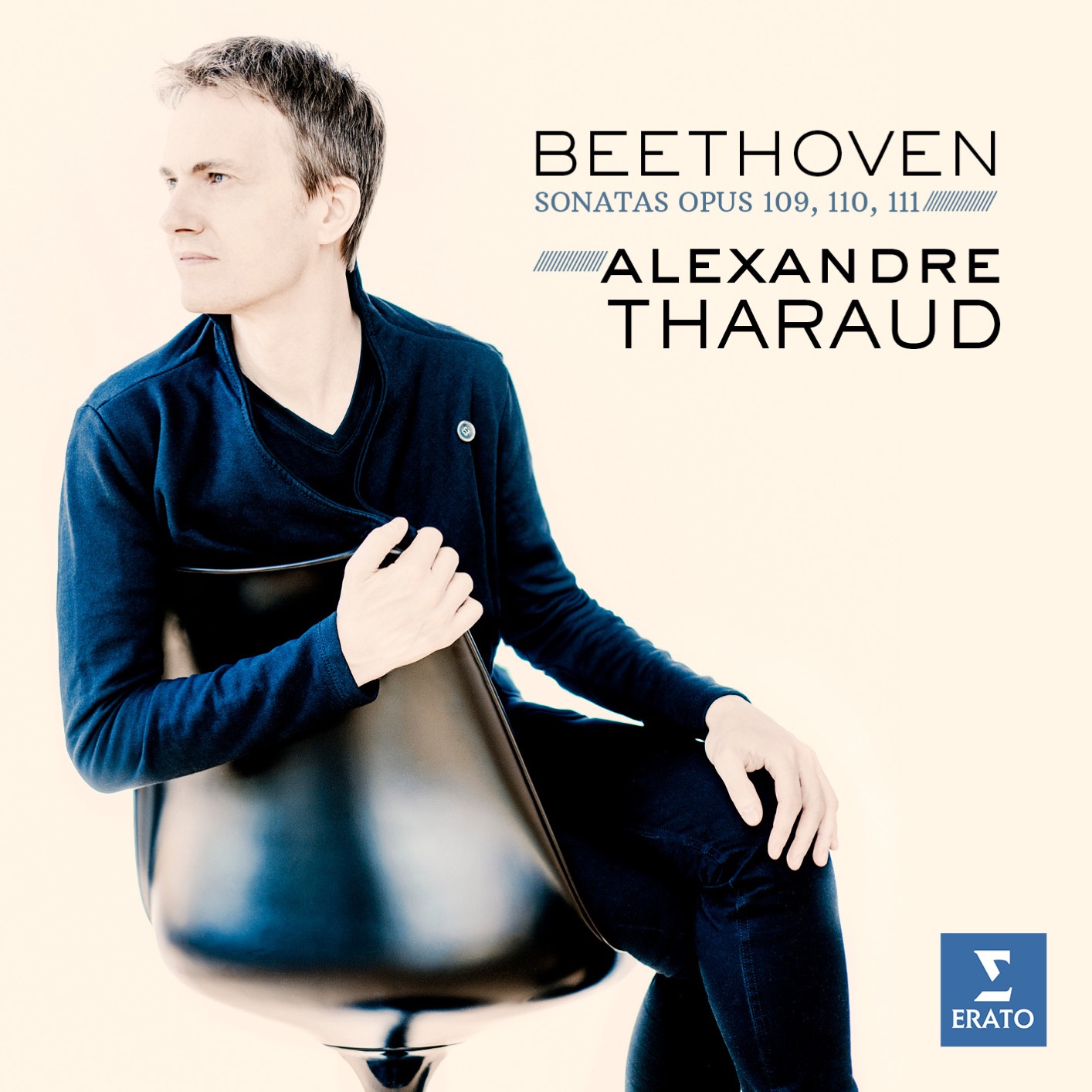 Alexandre Tharaud records Beethoven for the first time! Beethoven’s last three sonatas, Nos. 30, 31, 32, composed 1820-22 and are considered some of the most difficult works in the repertoire. The NY Times said “[Alexandre Tharaud] imbued the opening of Beethoven’s Sonata No.31 (Op. 110) with a poetic introspection…”

“Alexandre Tharaud is a musician of wide interests, as compelling in the Baroque as he is delightful in a favourite disc of mine, ‘Le boeuf sur le toit’ (12/12). Now he has gone mainstream, with Beethoven’s last three sonatas.

He brings to Op 109’s opening movement a suitable effortlessness, contrasting a billowing airiness with a steelier approach to the recitative-like writing. One of Tharaud’s stylistic traits is clarity of fingerwork and that is certainly much in evidence in the brief Prestissimo Scherzo, but I found the accentuation somewhat underwhelming, which lessened the sense of contrast that musicians such as Kovacevich and Annie Fischer find. On the other hand, Tharaud brings to the theme on which the finale variations are based a solemnity without sounding portentous, the following variations by turn poised (No 1) and energetic (No 3), with the fugal writing of No 5 clearly etched. But the closing moments of the sonata don’t reach the transcendental state of, say, Uchida.

The same traits come through in the remaining two sonatas. To generalise, Tharaud is most convincing in the more moderately tempered music: he imbues the first movement of Op 110 with a refreshing airiness but the second (Allegro molto) is slightly careful-sounding, the rough edges sanded smooth. How much more drive Uchida finds here without ever resorting to ugliness. Whereas she has you hanging on her every note, Tharaud sounds as if he’s still feeling his way in this repertoire. The following Adagio is beautifully shaded, and when the fugue enters he gives it a Bachian feel, molto legato, pacing the build-up to the climax well. But as the emotional temperature hots up, Tharaud can’t find the necessary edge of desperation.

That is true of the first movement of Op 111 too, whose opening misses the vital tension that makes Bavouzet’s version stand out, with his grandeur of vision in the Maestoso and a mightiness of intent in the following Allegro. Tharaud’s Arietta theme is, on the other hand, tenderly given, and I liked his sense of growth as the variations develop. I was, however, slightly surprised he didn’t make more of the anarchically jazzy third one, though the high-lying writing in the fourth is given an iridescent glow. And yet, as the trilling travels ever higher up the keyboard, it’s not as ethereal in effect as the finest, Uchida and Levit both extraordinarily intense by comparison. While Tharaud’s quiet coda is suitably valedictory, it doesn’t feel as if he has travelled as far as some in this work.” (Harriet Smith, Gramophone)